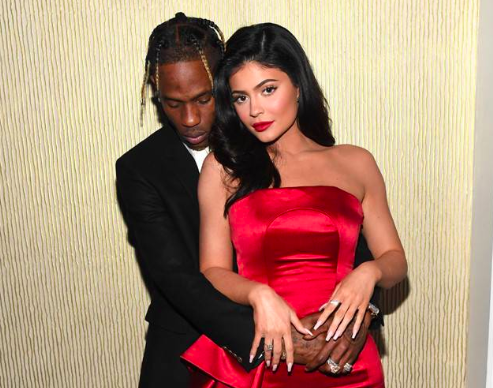 Damn. Just days after Khloe Kardashian found out Tristan Thompson was cheating on her with Jordyn Woods, Kylie Jenner is beginning to think Travis Scott is cheating on her.

The speculation started when Scott went on his Twitter account on Thursday to announce he won’t be making his performance in Buffalo.

Buffalo I’m so sorry I can’t perform tonight. I’m under the weather and it fucking sucks! Can’t pull up without full rage. Show rescheduled to March 10 all tix are valid. See u soon

As you can see, Scott claims he’s rescheduling the concert because he’s sick, but sources say there is more to the story.

Insiders say he flew back briefly from the East Coast to surprise Kylie and Stormi, but his surprise didn’t go over so well. Kylie claimed she discovered evidence of Scott cheating on her. They got into a major argument that started on Wednesday and went into Thursday.

No word on where they stand right now, but Kylie went out with her girlfriends Thursday night, which is usually a sign there is trouble in a relationship.

We should note that a rep for Travis denies the cheating rumors. The rep says Travis is really sick and that’s the only reason he rescheduled the performance in Buffalo.

Who do we believe? Well, typically when multiple sources are reporting the same thing, there is some truth to it. That truth might be exaggerated, but it was founded on something. We’ll have to wait and see how this one plays out.