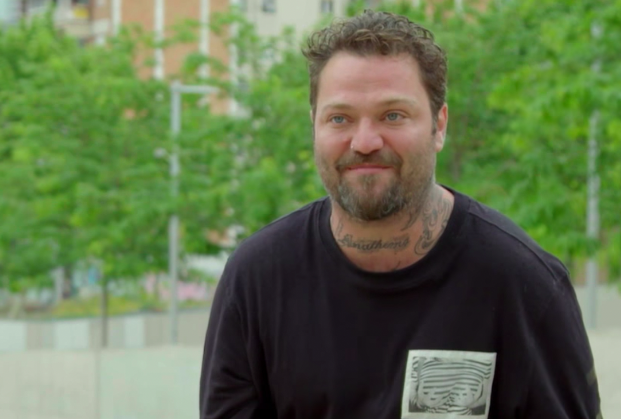 Bam Margera Has Fallen Off The Wagon Hard, Screams At His Manger And Calls His Wife A ‘Ho’ Before Having Stand-Up Debut Canceled (VIDEO)

This is a really sad video to watch. ‘Jackass‘ star Bam Margera has struggled with alcohol most of his life. He was close to dying during the worst of it, but then he got clean a few years back. Vice put out a great documentary about his journey. You can watch it by clicking on this link.

That was a few years ago. It’s 2019 now, and it looks like Bam has not only fallen off the wagon, he smashed right through the ground and is now in hell.

He was set to make his stand-up comedy debut (never a good sign) the other night at West Side Comedy Club. He was scheduled to perform at 7 pm and 10 pm. He asked the club to cancel the 7 pm show because he was running late.

When he showed up at 8, he was already super upset because the place was empty. His manager tried to tell him that lots of tickets were sold and that people would start showing up soon, but Bam wasn’t having it.

He started SCREAMING at his manager. He called him a “f**king pu**y” before threatening to smash his face. The manager seemed pretty terrified. Hell, I would have been as well. Bam was legit crazy in this video.

Turns out, Bam was already having a bad day before he arrived at the comedy club. In the video below, Bam explains how his “ho” wife took their car and his credit cards. He called her a “street ho” and said she better be back in an hour.

Check out his message below…

Geez. This dude needs some serious help. At this point, any club who books him is basically contributing to his death. The only club he needs right now is Alcoholics Anonymous.