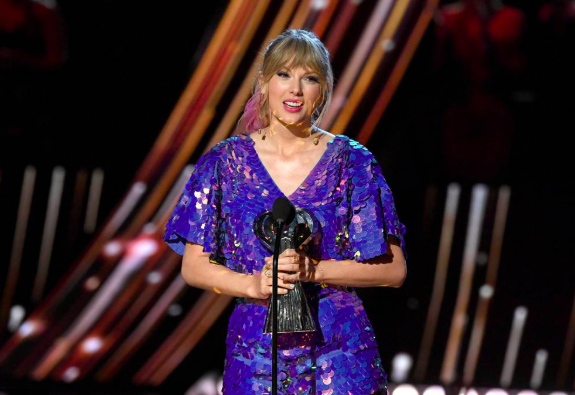 Taylor Swift’s reputation is not what it once was. She started off as this innocent country singer who was shocked by literally everything. But then as she transitioned to the pop world, her attitude changed a bit and people saw she had some claws she didn’t show before.

We all remember her beef with Kanye West and Kim Kardashian. It’s still unclear whose side we should take as both sides are kinda obnoxious, but for a while it looked like the drama would hurt Swift the most. The internet was really upset with her.

The haters were out marching the streets against her. When she announced her Reputation Stadium Tour, people were sure it would be a failure.

During the 2019 iHeartRadio Music Awards last night, Swift was rewarded for her hard work. She received the award for Tour of the Year, and she spoke directly to all the haters when she gave her speech…

One of the most wonderful things about the way that this whole tour turned out is that, for, like, the entire six months leading up to the first show of this tour, every headline that I read was, this is going to be a massive failure. And it really did wonders for my self-esteem. It was really great to hear people saying that I was going to be playing to nearly empty stadiums.

I wouldn’t exactly call myself a T-Swift fan, but I can get behind proving the haters wrong. I can support working your a** off to achieve something great. You can say a lot of things about Swift, but you can’t say she doesn’t work hard.