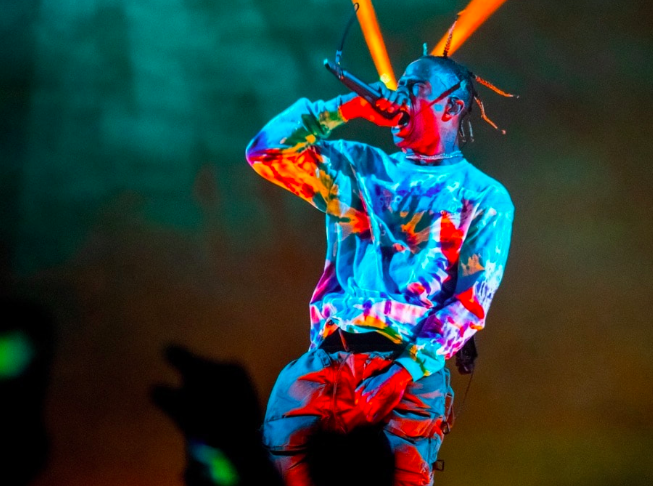 It happened rather quickly, but Travis Scott is a legit superstar, and some might even say he’s already a legend. The rapper joined some elite company after his February 8 Astroworld concert at The Forum.

He sold more than 16,300 tickets and grossed an insane $1.7 million…FOR ONE DAMN SHOW! It was the highest-grossing, single night performance in his entire tour.

And get this, only a few artists have had repeat sellouts of The Forum in a 12-month period. Scott sold out two shows in December as well. He now joins legends like Garth Brooks, Lady Gaga, The Grateful Dead, Janet Jackson, Michael Jackson and Sting.

Not a bad look to be in the same category as some of the biggest artists in the history of music. Scott has just a few more stops left in his record breaking Astroworld tour. He’ll be performing in Nashville tomorrow, and then in Atlanta two days later, followed by Charlotte and Tulsa.

He’s probably looking forward to the break for multiple reasons. We’re sure his body needs the rest, but he also needs to work on his relationship with Kylie Jenner. Things have not been great between them the past month or two after Kylie accused him of cheating. They haven’t really had a chance to discuss the problems because they’ve both been so busy.

They’ll have a little break in April before Scott gets back out there in May, so hopefully they get to repairing their relationship, ’cause all the professional accolades don’t mean as much without a loving family waiting for you back at home.