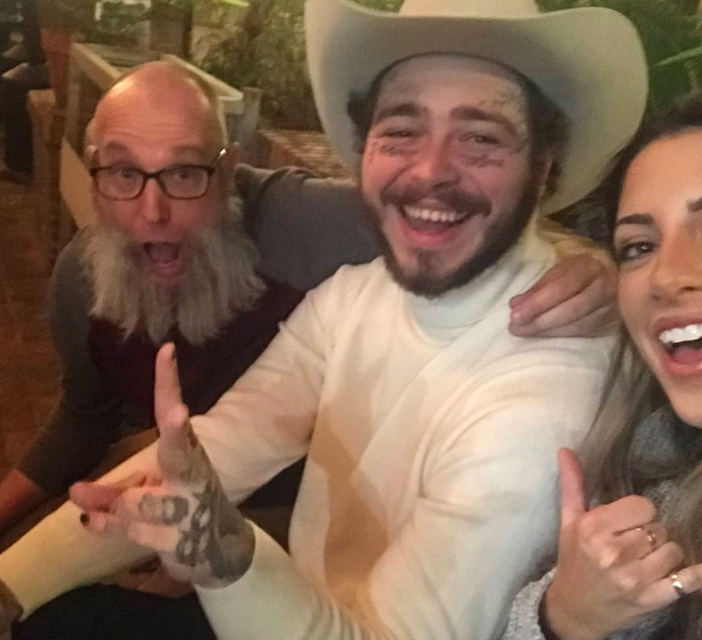 Post Malone Treats ‘Wow’ Viral Dancer To VIP Treatment And Puts Him In His Music Video!

Remember Mike Alancourt? You might not remember his name, but there is a good chance you remember his viral video. We posted the clip to our Instagram account (SmackTalkOfficial) earlier this month. As you can see, Mike owned the dance floor.

The 43-year-old Hipster Santa from Florida got the attention of several celebrities (including Will Smith) with his dance routine to Post Malone’s ‘Wow‘ track. The video was watched by millions of people, including Post himself.

He was so impressed by Alancourt’s moves that he flew him out to Phoenix on Sunday to do some background dancing at his concert. In addition to the concert dancing, Post also put Mike in his ‘Wow’ music video.

Most of the music video was already shot, but Post extended it to make room for Mike. Check it out below. Mike’s scenes start at around the 1:23 mark.

Obviously this was a smart move by Post. He might play dumb all the time, but he’s a genius when it comes to marketing. He knew putting Mike in the video would result in more views. The video already has over 1 million views and is trending on YouTube.

What a crazy journey this has been for Mike. He went from some dude who was just trying to get in shape and learn some dance moves, to a freaking internet celebrity starring in a music video for Post Malone.

If you’re wondering, Mike is closing in on 100,000 followers on Instagram. If he plays it right, he could extend his 15 minutes of fame out to at least 20 or 30 minutes.