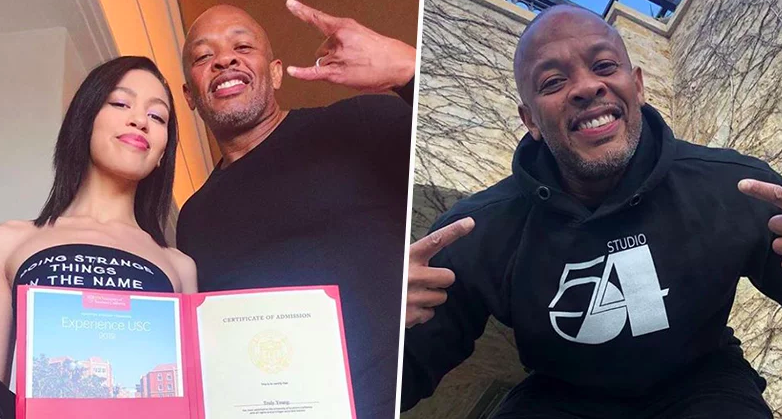 Dr. Dre Brags About His Daughter Getting Into USC The Right Way, Then Deletes Post After People Point Out His $70 Million Donation

You all know about the college admissions cheating scandal going on involving Lori Loughlin, Felicity Huffman and dozens of other people. It shocked Hollywood earlier this month when both actresses were arrested for their role in the scandal.

Obviously, the internet had a field day with memes and targeted shade. And on Saturday (March 23) Dr. Dre joined the party by posting a photo of his 18-year-old daughter, who recently got accepted into USC.

“My daughter got accepted into USC all on her own. No jail time!!!” he captioned the photo.

But just 24 hours later, the photo was deleted after people started posting about how Dre and his business parter Jimmy Iovine made a huge $70 million donation to the school back in 2013. They even have a building named after them on the campus of the school.

So yeah, it’s probably unfair to say that his daughter got in all on her own. How were they going to turn her down when her father gave them $70 million??? Come on now. But at least he did it the legal, old-fashioned way by dropping a donation. He was smart about it, hell, he even did it six years before he needed them! He planned ahead.

And while $70 million sounds like A LOT of money, you have to remember Dre has a net worth of over $800 million. He could have built his daughter a college if he wanted to.