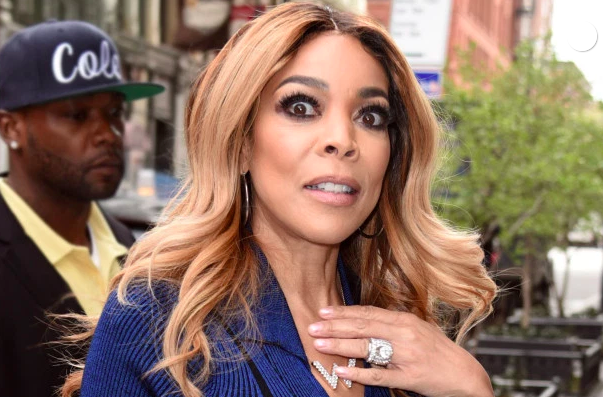 Geez. I think it might be time for Wendy Williams to take an extended break from Hollywood. She needs to move to some small town, do some yoga, go on hikes, talk to some trees, and truly learn about herself, ’cause whatever she is doing now ain’t working.

According to a report from Page Six, Williams was found drunk on Monday after briefly checking out of her sober house. She was rushed to the hospital to receive IV fluids and was able to recover in time to film Tuesday’s episode of her show.

She was reportedly devastated after several blogs reported that her husband’s (Kevin Hunter) mistress gave birth.

Wendy is not in a good way, everyone is so concerned for her. The sad thing is that she’s been working so hard to stay sober and she’s been so honest in her struggles with all her fans, and this just tipped her over the edge. But the fact she still came to the set just shows how strong she’s trying to be.

The good news for Wendy is that the show is scheduled to go on a (planned) one week hiatus next week, so maybe she’ll have time to get her sh*t together. It’s crazy how she just won’t drop her husband. This dude is putting her through hell.

Wendy might be legit insane because she’s still bringing Hunter to set, which has made everyone in the crew uncomfortable. It’s like she can’t accept the truth, or maybe she doesn’t want to give all her haters the satisfaction. She talks so much smack, she’s probably afraid of what people will say if she acknowledges it.

But guess what, Wendy? IT’S OUT THERE! PEOPLE KNOW! WE’RE ALREADY TALKING! And if you come out and drop his cheating ass, everyone is going to support you.