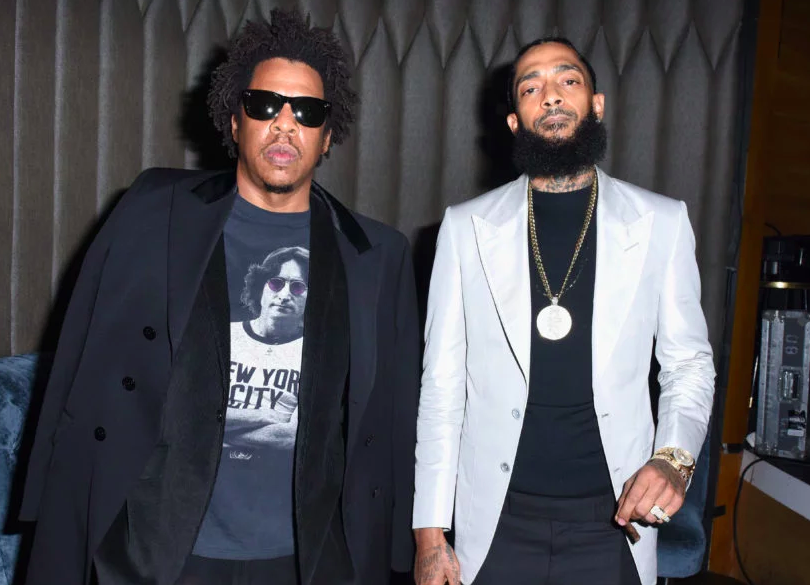 As you have probably heard by now, Grammy-nominated rapper Nipsey Hussle was shot and killed outside of his store The Marathon Clothing in South Los Angeles on Sunday. The LAPD confirmed the news late in the afternoon, claiming there were a total of three victims in the shooting.

They also sent out a statement with this update…

UPDATE: The suspect in the shooting is described as a male black & LAPD South Bureau Homicide is conducting an investigation to locate him and anyone else involved. You can expect the area of Slauson & Crenshaw to be impacted by streets closures & heavy traffic for several hours.

Hussle was just 33-years-old and was coming off a career high after being nominated for Best Rap Album for Victory Lap at the Grammys.

Just hours before he was shot and killed, he posted this eerie tweet…

Having strong enemies is a blessing.

What’s truly sad about this is that Nipsey had left the gang life behind him. He was focused on his music and doing good in his community. Late last year, a local LA news station actually did a report on him and his desire to create positive change in south LA. Click here to read more about it.

The hip-hop community is taking this hard. Several stars have responded to the news on social media, including Drake, Rihanna, Jada Pinkett Smith and many more.

Check out a few of their reactions below…

Fuck. My whole energy is just at a low right now hearing this. We just linked for the first time in years and said we were gonna do a new song this summer cause it had been too long. You were having the best run and I was so happy watching from distance fam nobody ever talks down on your name you were a real one to your people and to the rest of us. I’m only doing this here cause I want the world to know I saw you as a man of respect and a don. Rest easy my g.

This doesn’t make any sense! My spirit is shaken by this! Dear God may His spirit Rest In Peace and May You grant divine comfort to all his loved ones! 💔🙏🏿 I’m so sorry this happened to you @nipseyhussle

Broke me…. we really fighting for our lives against our own kind and really have to take risk and match the level of hatred that we are born in .. I’m tired 🙏🏾 prayers for my brother and his family

Watching Nipsey inspired me to invest and own in our communities. He was a solid man who loved his woman, his family and his community. This hurts.