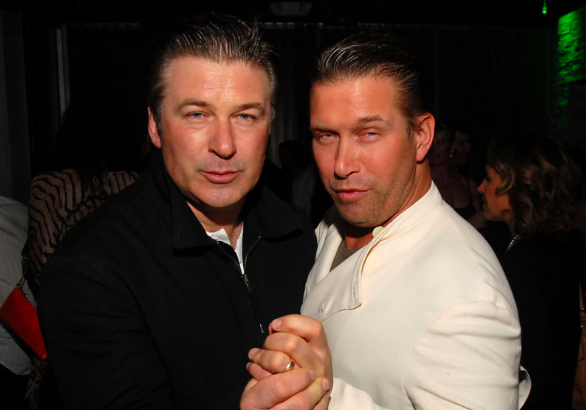 Drama in the Baldwin family. As most of you know, the Baldwins are an odd bunch, and the strangest of them all might be Stephen Baldwin. The dude is a little insane and is a huge republican and would suck on Donald Trump’s toes if he thought it would help the country.

This has made Thanksgiving dinners difficult for the Baldwins because his brother Alec Baldwin is a democrat who constantly mocks Trump on Saturday Night Live. Sources claimed last year that the brothers hadn’t really talked since the election.

And on Monday, as several celebrities (including Alec) signed a petition calling for a filming boycott of the state of Georgia, Stephen decided to “hashtag” his brother on Twitter. You see, Georgia introduced the so-called “heartbeat bill,” which aims to make it illegal to have an abortion after six weeks.

Celebrities didn’t like this, and decided to threaten the state by pulling out of the multiple productions currently filming there. Alec signed the petition, Ben Stiller, Alyssa Milano, Amy Schumer, Debra Messing, Don Cheadle, Judd Apatow, and many more celebrities have signed.

Stephen was furious on Twitter, “avoided tweets like this long as I could now, to overwhelming, Love will ultimately wins Jesus ❤️ but for so long I’ve sat back & trusted God as my own family members have perpetrated the spirit of hate … through abortion Mockery & blindness.”

He then hashtagged his brother and used the hashtag “#goingtohell,” which seems a little harsh.

You know, I’ve found that the crazier people are, the more they press the enter key. Charlie Sheen was famous for writing in a similar style.

Anyway, looks like the drama will continue to build in the Baldwin household.