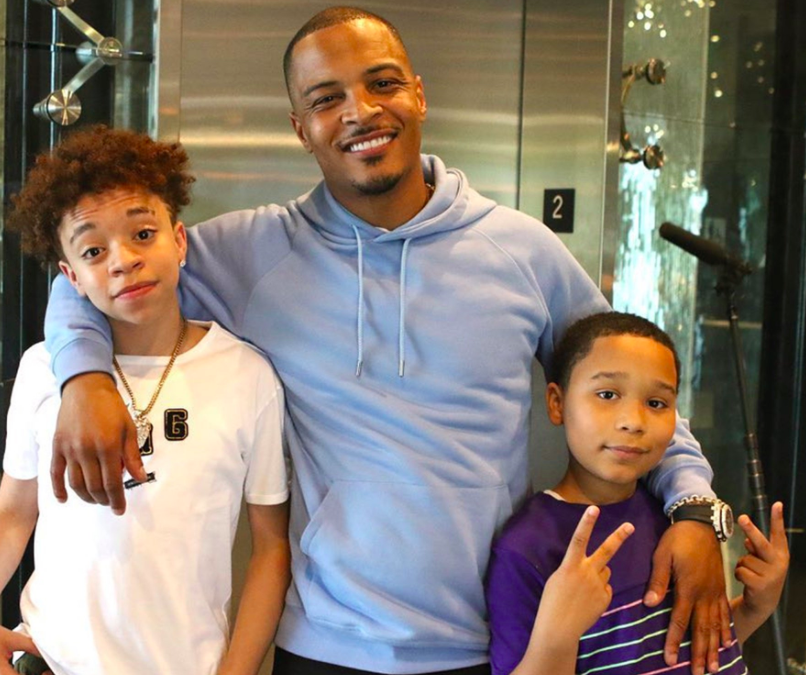 Twitter Is Crowning T.I. With ‘Father of the Year’ After He Shows His Son King Some Tough Love (VIDEO)

When you allow your kid to take on the stage name of “King,” you’re just asking for trouble. T.I. and Tiny Harris are finding this out the hard way.

During the season premiere of ‘T.I. & Tiny: Friends & Family Hustle‘ earlier this week, T.I.’s 14-year-old son King begs his father to let him start homeschooling. He wants to focus on his rap career, and he believes being homeschooled will free up more time.

T.I. shut that sh*t down fast and King got emotional, which is when the ladies of the house surrounded him and started to comfort him.

T.I. didn’t like that, “Stop coddling him!” he yelled. He then told his son to, “Keep fighting, young man. Keep fighting. Ain’t gonna do nothing but make a man out you.”

Many people on Twitter were applauding T.I. for his response, and for good reason. He handled that situation like a pro. King is just 14-years-old. You can’t allow him to control the situation. At this moment, there is no reason for King to remove himself from school. Maybe in a year, he’ll have a hit record and the situation will call for it, but right now? It’s too early. I think that’s what T.I. was getting at. He’s trying to drink the milk before buying the cow. Or something like that.

I actually like how TI teach his kids. He makes them understand just because you got it doesn’t mean life is going to be handed to you. I want you to feel what I had to feel making it. 💯 #FamilyHustle

Stop coddling him! @Tip always been a good father man, idk what no one says. That man just wants the best for his kids, and coddling them won’t help. #FamilyHustle

King is coming off ass the epitome of a spoiled, bratty, rich kid. I think TIP is doing the exact right thing. Women, please stop coddling your sons. You handicap them with that shit. #FamilyHustle