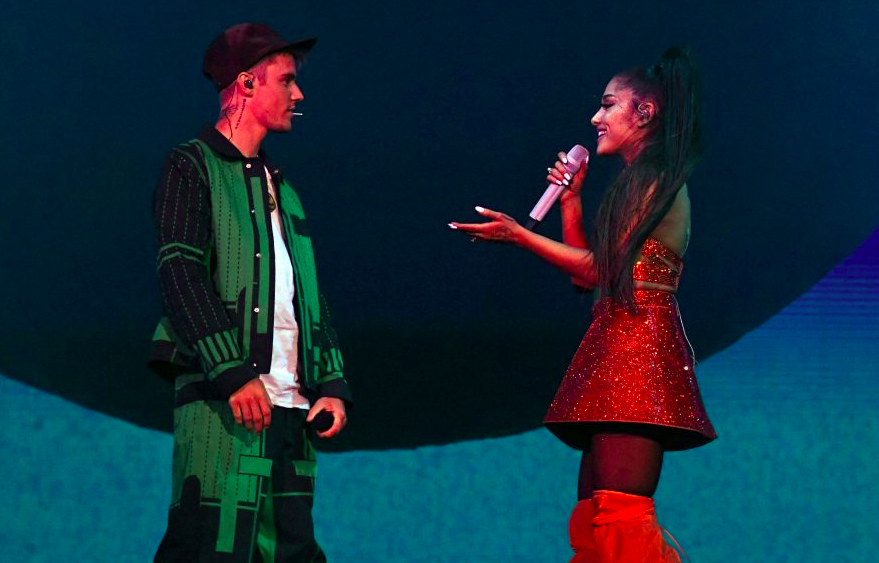 Coachella came to an end Sunday night, but there was one final surprise for the festival crowd. During Ariana Grande’s closing performance, she surprised everyone by bringing Justin Bieber onstage.

As you all know, the 25-year-old singer had been taking an extended vacation from performing. He hadn’t been onstage in nearly two years, so this was a pretty big deal for him. Grande claimed that this wasn’t planned at all while speaking to the crowd, “And we thought it might be fun to do something for you guys. This was not planned at all. Thank you for being here Justin, we love you so much.”

Bieber briefly thanked her and then started performing his ‘Sorry’ track. It was a pretty basic performance, but I suppose that’s what you’d expect from someone who hasn’t been onstage in two years.

The real surprise came after his performance. After thanking the crowd and Ariana, Bieber ended the set with these final words, “And by the way, album coming soon.”

Your return to the stage was nothing but incredible. Proud is an understatement. #Arichella weekend 2 issaaa wrapppp!!! Love you both sm @arianagrande @justinbieber

We told you last week that Bieber was making new music. He basically confirmed it last night. Who knows what “soon” means in his mind, though.

It could be this summer, or it could be next year. The thousands of screaming fans last night might have provided him with a boost of energy to get it finished.