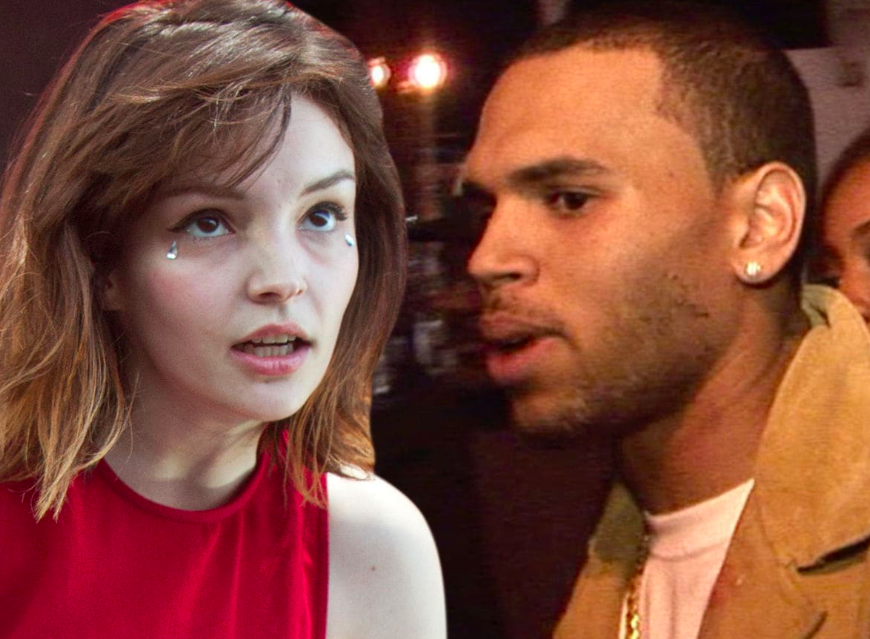 The Scottish pop band Chvrches started some drama a few days ago when they posted the message you see above to their Instagram account.

In the message, they criticize Marshmello’s collab with Chris Brown.

We like and respect Mello as a person but working with people who are predators and abusers enables, excuses and ultimately tacitly endorses that behavior. That is not something we can or will stand behind.

Obviously they are referring to Chris Brown’s assault on Rihanna, which left her with a badly bruised and swollen face. That incident happened years ago though, and even though Brown’s behavior hasn’t exactly been great since then, he did serve his time for the crime.

But at the same time, Chvrches can feel however they want to feel. And in return, Brown can feel how he wants.

And well, he feels disrespected. He went on Instagram and called the band a “BUNCH OF LOSERS” and then added that he wished they’d “walk in front of a speeding bus full of mental patients,” which is honestly a bit of a head scratcher of an insult. Why does the bus need to be full of mental patients? I think Chris needs to take 50 Cent’s online trolling course to improve his game.

In any event, Brown’s passionate fans are obviously defending their God. Some have even threatened to shoot the band. Some trolls even said they’d rape the lead singer of the band.

Messy. Messy. Messy. If I were Brown, I’d tell my fans to chill a bit. You ain’t making anyone look good by saying you’ll rape someone in his honor. You need to dial that waaaaaaay back.