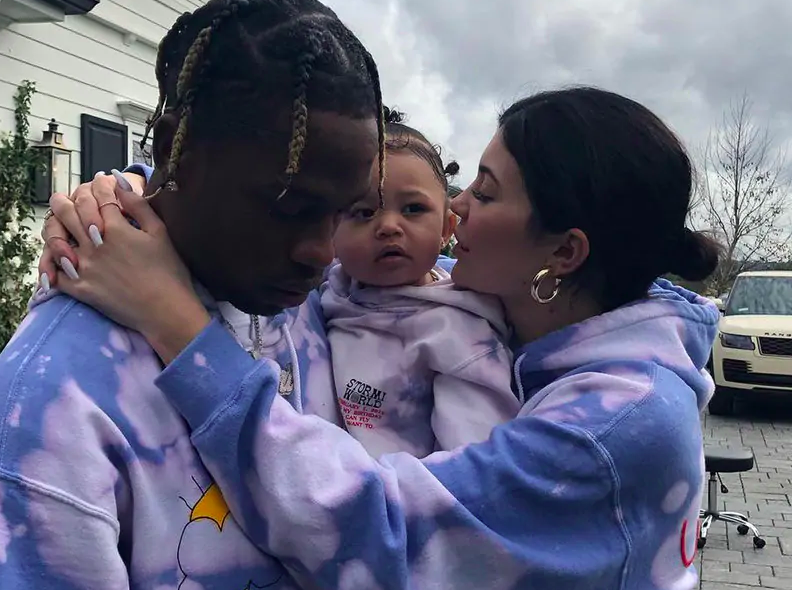 Kylie Jenner is a lot of things, but a “bad girlfriend” is not one of those things. She just might be the best girlfriend in the world. I mean, how many freaking cars did Tyga get from her during their relationship? The answer is a lot.

And even though she has a new man in Travis Scott, she’s still keeping up with the old traditions.

Kylie surprised Scott for his 28th birthday with an epic party at Universal Studios. It was a gas station-themed party, which might sound lame on paper, but it looked pretty legit out in the wild. Guests were treated to an unlimited supply of fries, cake, and there was even a Hennessy Slurpee machine, which sounds pretty incredible.

There was also a tattoo artist in the house giving guests tattoos. Both Kylie and Travis got new ink during the party. In addition to all that, Kylie also surprised Travis with a white Lamborghini. We say “surprised” but honestly he probably saw it coming. As mentioned above, it’s Kylie’s signature gift.

Kylie also shared a sweet message to Scott on her Instagram. She ended the message by saying, “Let’s f**k around and have another baby.”

watching you evolve into the partner, friend, son, and father you are today has been so fulfilling ♥️ my real life bestie & hubby all wrapped into one. i love you and I’m so so proud of you. happy happy birthday 🎉🎁 let’s fuck around and have another baby. 🤪

By the way, several celebrities were at this shindig, including Kendall, Kim, Kanye, Quavo, 21 Savage and G-Eazy.

Meanwhile, I can’t even get my immediate family to join me during my annual birthday dinner at Red Lobster unless I offer to pay.