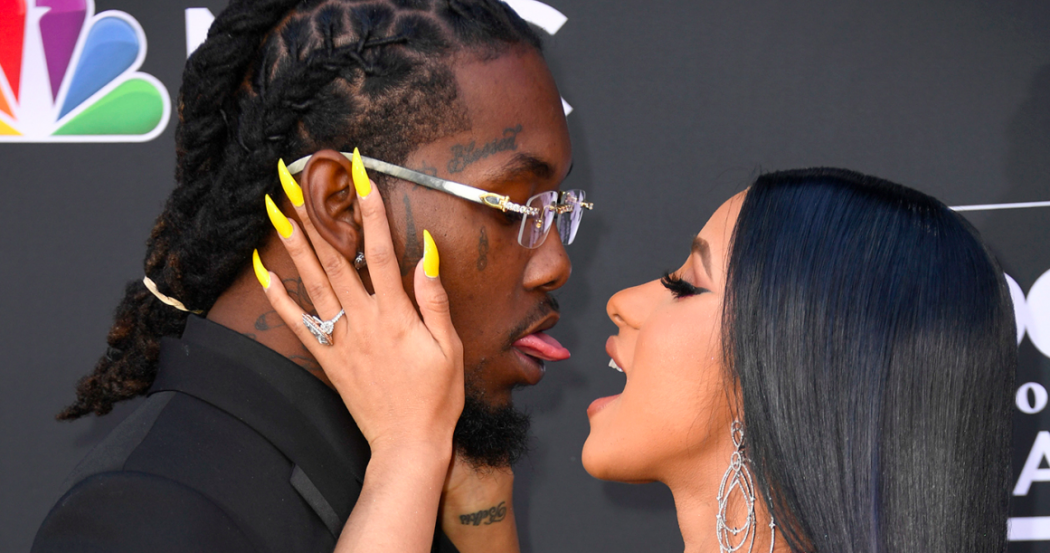 Offset In Some Trouble With Police, Facing Felony Charge After Knocking Phone Out Of Fan’s Hand Inside A Target! (VIDEO)

It seems like at least once a month, some celebrity is threatened with jail time after knocking a phone out of some annoying fan’s hands.

The latest celeb in trouble? Offset. Cardi B’s man has a warrant out for his arrest after breaking a fan’s phone inside a Target in Georgia. This incident reportedly happened a little over a week ago.

As you can see in the short clip, the bro in the video starts recording as Offset walks by him and says, “What up, Offset?” and instead of replying with, “Oh, nothing much you know. Just taking advantage of these sweet deals, you know? They got BOGO on 12-packs of Sprite!”

Offset smacked the phone out of the fan’s hand. He hit the phone pretty hard too. You can tell he put some extra mustard on that sh*t. He might have pulled a muscle.

The fan filed a police report on Friday, cops investigated and decided to issue an arrest warrant for Offset. He’s facing a felony charge because the phone costs $800, which means it reaches the felony threshold.

Obviously this is going to be more of a nuisance than anything else for Offset. He’ll probably end up paying a fine or doing some community service. Heck, he might even make a private deal with the fan. Who knows, but he will have to fly back to Georgia to turn himself in.

It’ll be a long flight too. Last night, he was with Cardi B at the Billboard Music Awards in Las Vegas…