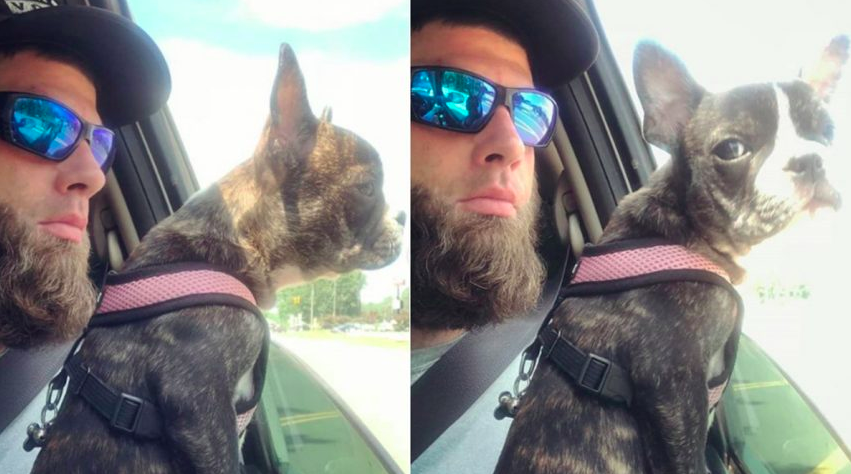 It looks like Teen Mom 2’s David Eason might finally have to pay for his absolutely insane behavior. If you’re a regular reader of our site, you probably remember our story earlier this week. If you missed it, click on this link to read it.

The short version is that David set Jenelle’s little French bulldog up for murder. He filmed a little clip of the dog just barely nipping at their daughter and used that as an excuse to take it out back and shoot it with his gun. New reports coming out claim he also slammed it against the concrete before shooting it.

Cops responded to the incident shortly after it happened, but they couldn’t do much because Jenelle was not the one who reported the incident. The cops didn’t want to act on “rumors” online. But now that Jenelle has confirmed that David did indeed kill the dog, the county animal control has stepped in.

They went to David and Jenelle’s house on Wednesday to check on things; however, they were scared off by a barking pitbull.

On Wednesday, the Columbus County Sheriff’s Office and Columbus County Animal Control in the couple’s home state of North Carolina initiated a joint investigation into allegations of animal cruelty in connection with the incident that reportedly occurred at the couple’s Riegelwood home, according to a police statement.

So now that animal control is involved, the police are also investigating. If he’s found guilty, he could face up to 25 months behind bars.

And this isn’t the only crime he could spend time in jail for. According to TMZ sources, he must pay his previous baby momma thousands of dollars in child support by today (May 3) or he could face jail time.

The two have been in a nasty custody battle for years … and we’ve learned he’s fallen thousands of dollars behind in child support. His deadline for paying it is today, and if he hasn’t anted up he could end up in jail.

And with Jenelle supposedly considering divorce, maybe she’s mad enough at him to not help him out, ’cause you know he doesn’t have the money on his own. He doesn’t work. His job is living off Jenelle. CUT HIM OFF, JENELLE! And then hire a bunch of security because he’s the type to come back and start some sh*t.