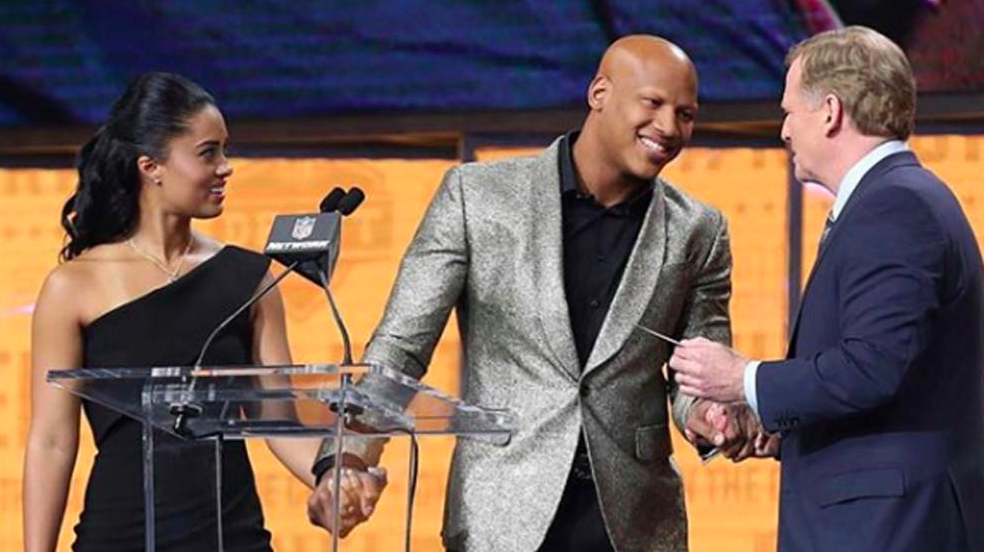 18 months ago, NFL star Ryan Shazier was going through one of the most challenging/frightening times of his life. During a ‘Monday Night Football’ game back in December of 2017, Shazier was injured in a head-on hit while attempting to tackle a Cincinnati Bengals player.

The injury was career-ending and nearly life-ending. Doctors were uncertain if he would ever walk again. They said he had a 20% chance of ever walking again.

Ever since he received the disappointing news from doctors, Shazier has been fighting hard to be in that 20%. He started going to physical therapy and was able to walk across the stage during the first night of the 2018 NFL draft.

And now, he’s healthy and strong enough to dance at his wedding. Shazier married Michelle Rodriguez (not that michelle rodriguez) during a beautiful ceremony on Friday evening in Pittsburgh. Not only was Shazier able to walk down the aisle, he was also able to get his groove thing on.

About a year and a half ago, Ryan Shazier was told he had a 20% chance of ever walking again. This was him today at his wedding.. Anything is possible! 🙏🏼🙏🏼

By the way, Shazier still has dreams of playing football again. I can’t imagine his family/wife being too pleased with the idea, but Shazier is very determined.

I definitely want to play. I try to tell people at the end of the day, just because I got hurt, doesn’t mean I lost the love of the game of football. I love football so much. I just care about the game. I really feel like the game has taken me places I never expected to go.

For those who didn’t see the play that injured him, you can watch it below…