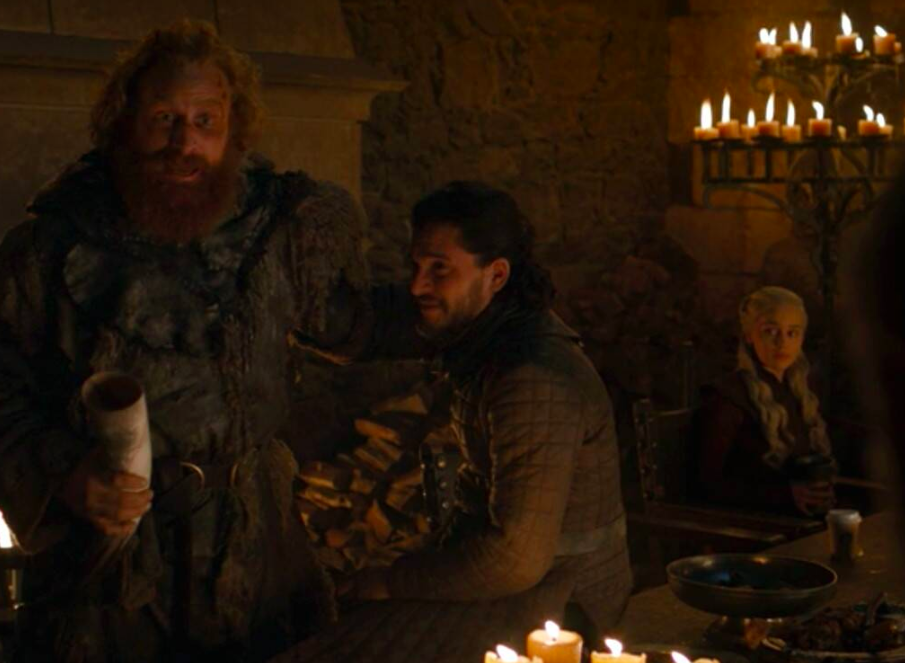 The final season of ‘Games of Thrones‘ is currently airing on HBO. There are just two episodes left, and during the last episode on Sunday night, the series made one of their biggest goofs ever.

At about 17 minutes in, fans noticed a Starbucks cup sitting on the table near Daenerys.

Obviously, this was a huge mistake. We’re not sure how they missed such an obvious mistake, especially during the final season. You’d think there would be so many eyes in the editing room, so many eyes on set while filming the scene, etc.

Somehow it was missed, and the internet had a field day with it. Perhaps the best joke of the night referenced the shocking death of Missandei, who was basically the only black female character on the show.

There are now as many Starbucks cups in Westeros as there are women of color.

You're telling me they had TWO YEARS to put together a decent show and they couldn't even spot the goddamn Starbucks cup in Winterfell??!?! #GameOfThrones pic.twitter.com/8opg7nyydv

my favorite show in the entire world forgot a STARBUCKS COFFEE CUP ON THE TABLE WHILE FILMING pic.twitter.com/60z3pOCfg9

when you want to be ruler of the seven kingdoms but all anyone wants to talk about is the Starbucks cup you left on the table pic.twitter.com/MOOwXm08nw

Someone had to notice this before the episode aired, right? Maybe it was just too late in production to do anything about it, so they had no choice but to leave it in. Or maybe the impossible really happened and no one noticed it. Crazy stuff.

It reminds me of the one time my girlfriend’s grandma was coming to visit our apartment for the first time. We cleaned, dusted the freaking ceiling fan for the first time ever. We wanted to make sure the place was spotless.

And then as she knocked on the door, I noticed we had left out a bottle of lube on the kitchen counter. I was able to hide it before she came in, but it was a close call.