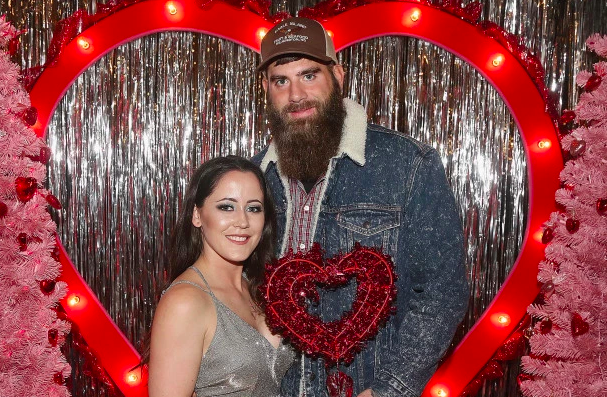 This dude right here. Even though David Eason is the reason Jenelle Evans was fired from Teen Mom 2, he apparently has the nerve to give her supportive advice.

Jenelle told E! News (after they probably gave her money to share a little something something) that she and David are considering marriage counseling…

Me and David are looking into marriage counseling. He has totally been there since this happened with MTV. David’s been really supportive and told me just stay positive, everything will be fine.

Normally we would praise a couple seeking professional help, but marriage counseling isn’t going to fix David’s problems. He needs serious help, and even then, we’re not sure if he can be saved. The dude shot and killed Jenelle’s dog! THIS CUTE A** DOG THAT HE POSTED ON HIS INSTAGRAM JUST MONTHS BEFORE!

Take a good look at that dog, ’cause David slammed it against the ground and then took it out back and shot it. That’s not something marriage counseling will fix. It’s not like he always leaves the toilet seat up and can’t remember to put his shoes away. HE MURDERED A LITTLE DOG BECAUSE HE COULDN’T CONTROL HIS ANGER!

Anyway, Jenelle also played nice with MTV. She told E! News she’s open to returning one day and wishes her co-stars all the best…

I am so grateful and appreciative of the opportunity MTV has given me and my family for the last 10 years! This is not the end for me and my family, but its sad to part ways like this. [I wish] nothing but the best for the franchise, and the girls and their families.

The only way MTV will take her back is if she leaves David, but it doesn’t look like Jenelle is ready to do that yet. She’s stuck in an abusive relationship and doesn’t know how to get out. Sadly, thousands of women are in the same position, and it’s super frustrating from an outsiders perspective.

It’s like, “Why don’t you just leave??? What the f**k is wrong with you?” but obviously it’s not that simple. Jenelle’s not the first woman to stay with an abuser and she certainly won’t be the last.