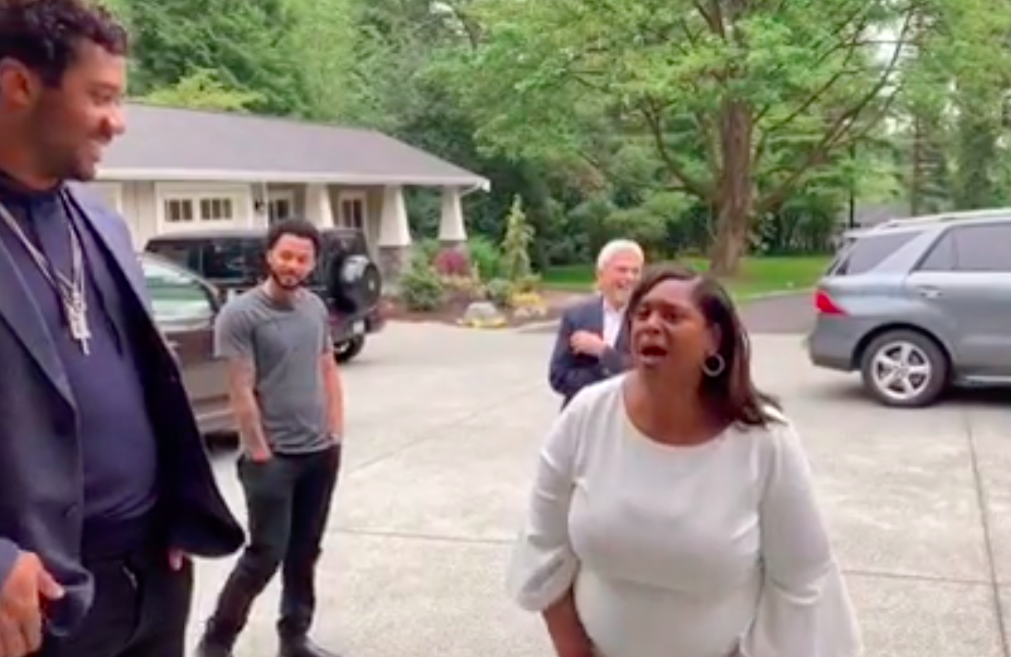 Russell Wilson Buys His Mom A House For Mother’s Day, Watch The Heartwarming Video Inside!

Another Mother’s Day is officially behind us, which means a bunch of flowers are going to be dying in about two or three days.

As you can see in the video, she was super confused at first. I’m not sure what they had told her up to that point, but it took a few seconds for her to actually understand. And even after she “got it” she still didn’t believe it.

Then once she knew it was real, she warned everyone that she might pee herself.

Wilson wrote to his mom on social media…

All these years you have never asked me for anything… only thing you ever wanted is for me to LOVE. Well thanks for loving us the way you do. This ones for you. I love you momma. #HappyMothersDay #GodIsGood

Of course, Wilson has more than enough cash to pull something like this off. As you all know, he became the highest paid player in the NFL after signing a new 4-year, $140 million contract with the Seahawks.

Sadly, they did not give us a tour through the house, but we have to imagine it’s pretty damn nice. When you’re making $140 million over the next four years, you can splurge a little bit.