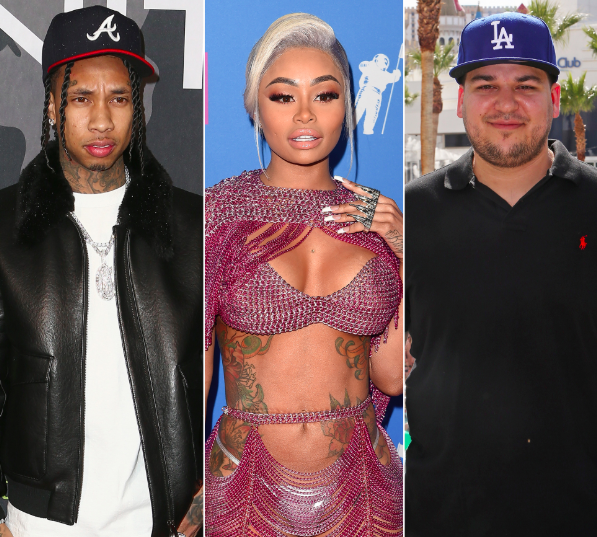 Love her or hate her, Wendy Williams isn’t afraid to get super personal with her guests. Nothing seems to be off limits. Sometimes it works for her, and sometimes it doesn’t.

On Wednesday (May 15) it worked. Blac Chyna was on the show, apparently taking a break from fighting with her staff, and Wendy told her she felt like she was using Rob Kardashian.

“I thought you were using him to get back at the whole family. Get back at them by getting their most vulnerable asset, which is Rob,” Wendy told Chyna.

The 31-year-old reality star claimed that was not the case. She claims she actually thought the Kardashian family was trying to set her up after Tyga left her for Kylie…

After all that stuff, the turmoil and what not, Robert, he was hitting me up on Instagram, like, all the time, and I thought it was a set-up, like, they trying to set me up to go with the brother, I’m not falling for that.

They ended up talking on the phone, and then met for the first time at Khloe’s house. Wendy asked when they first slept together, and Chyna said things happened “fast,” possibly around the fifth date. She said she was attracted to him even after he had gained the weight, “It was just different. I didn’t feel sorry for him,” she said.

And then Wendy had to ask: who was the better lover – Rob or Tyga? She added that, “It’s not just about the act, but how you feel about him and the snack he gets you afterwards and do you spoon?”

Blac first replied with “neither” but Wendy didn’t let her get away with that. Blac eventually replied with, “A better lover? Rob.”

Damn. Rob be having them good snacks. He probably didn’t even have to leave the bed to get them either. You know he has a box of Oatmeal Creme Pies taped under his Sleep Number mattress. Some Hot Tamales stuffed inside his pillow.