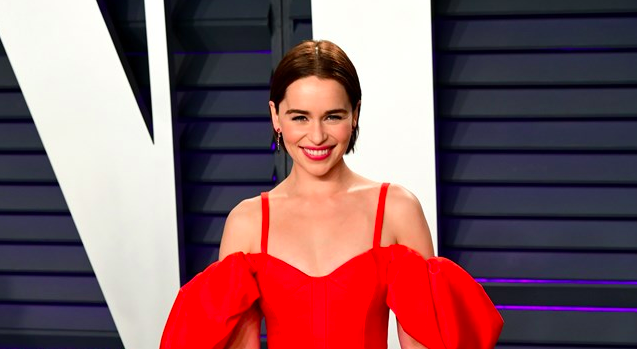 So obviously there are some spoilers ahead, so if you haven’t watched the Game of Thrones series finale, you probably shouldn’t read this.

Emilia Clarke’s character, Daenerys Targaryen, went through a lot of changes on the show. She was constantly developing and growing, but at the same time, she was always a Targaryen. She had her flaws, but because she was so lovable, we all tried to ignore them.

In this final season, Daenerys took a turn for the worst. She ended up getting on her dragon and burning an entire city down. She killed lots of innocent people, including children, which made some people turn on her.

In the series finale, Jon Snow ends up killing her as they share a final kiss.

Two years ago, when Clarke first read the scripts for this final season, and realized her character was going full on villain, she started to cry and worry about how fans would react. Especially one fan in particular, Beyonce.

She remembered meeting her at an Oscars after-party. Beyonce walked up to her and said, “Oh, my goodness, it’s so wonderful to meet you. I think you’re brilliant.” Clarke admitted she was on the verge of tears as she talked with Beyonce.

And then, she thought…will she still like me after this final season?

And all I wanted to scream was ‘Please, please still like me even though my character turns into a mass-killing dictator! Please still think that I’m representing women in a really fabulous way.’

I was just, like, Oh, my God, my absolute idol in life is saying that she likes me, and I know for a fact that by the end of this season she’s going to hate me.

Nah. I think you’re good, Clarke. Pretty sure Beyonce is an artist before a fan, so I’m positive she understands. I bet Beyonce would have been a Targaryen.