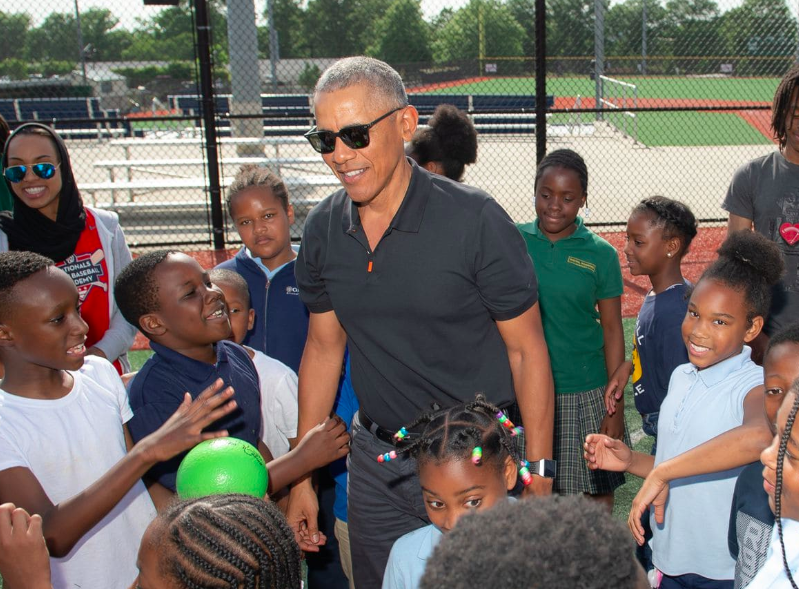 We all know Barack Obama has a solid game on the basketball court, but we didn’t know he could handle himself on the baseball field as well.

The former commander in chief surprised a group of kids attending after-school programs at the Washington Nationals Youth Baseball Academy in Southeast D.C.

He told the crowd that his baseball skills were “rickety” but then he smashed a double to the fence on the very first pitch. He could have made it to third, but why risk pulling a hamstring? You have to remember, he’s pushing 60.

Barack also played a quick game of football and showed off his arm while playing QB.

In addition to showing off his athletic skills, he also shared some encouraging words with the kids.

Oh and he also did some grocery shopping at the Academy’s on-site farmers market, ’cause you know, Barack gotta eat just like the rest of us.