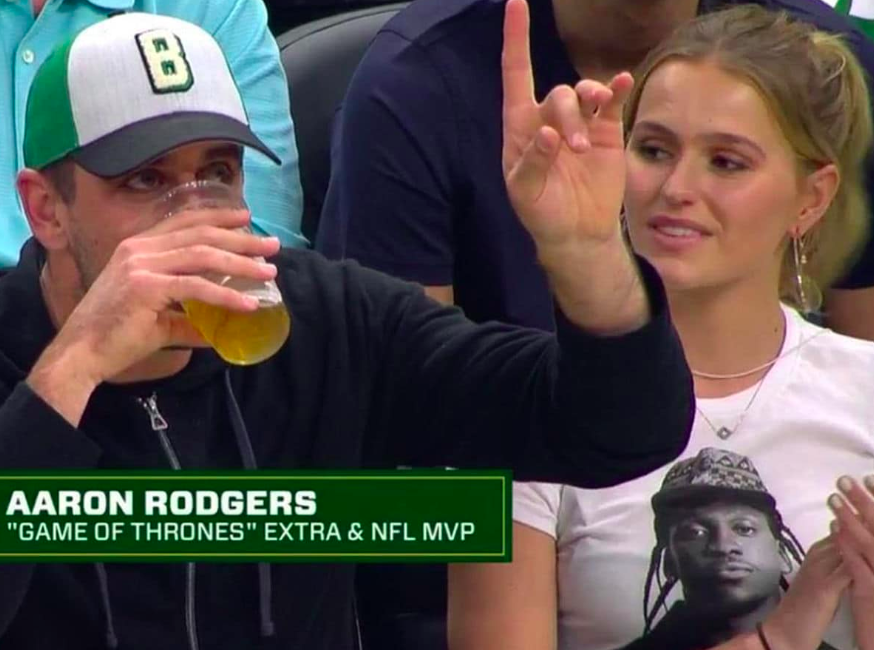 Drake and Raptors fans troll Embiid as he checked out in the 4th 😅 pic.twitter.com/E7kIEV4Wi4

The rivalry between the Milwaukee Bucks and Toronto Raptors is growing stronger by the minute, thanks in large part to Drake. As most of you know, the rapper was born in Toronto and loves to support his local teams, especially the Raptors.

He has been sitting courtside throughout most of the series vs the Bucks, and he has not been sitting silently. He has been spotted roaming the sidelines and taunting the Bucks players. Heck, he even got the attention of Bucks coach Mike Budenholzer, who said, “There’s certainly no place for fans and, you know, whatever it is exactly that Drake is for the Toronto Raptors.”

And now, Mallory Edens, the daughter of Bucks owner, Wes Edens, is taking clear shots at Drake. She sat next to Aaron Rogers during game 5 and was spotted wearing a t-shirt with the face of Pusha T on it.

That’s significant because Pusha and Drake had some intense beef last year, which ultimately ended with some very personal diss tracks.

Mallory’s shirt got the attention of Drake. He responded by changing his profile picture to a photo of Mallory and wrote in his Instagram story, “All is fair in war and war and trust me I’ll still get you tickets to ovo fest.”

Drake and the Raptors ended up getting the last laugh as they won game 5 last night and now take a 3-2 lead into game 6 tomorrow.