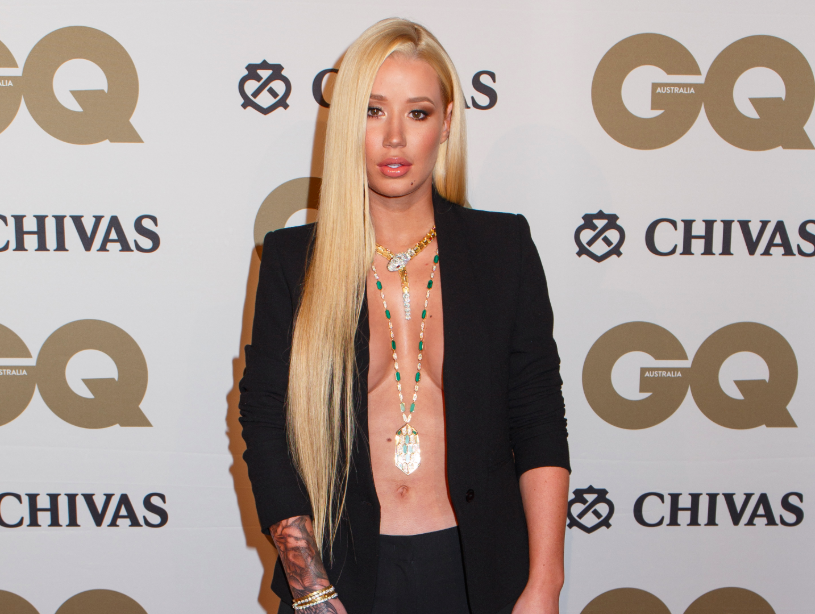 We thought nude photos of celebrities leaking was a thing of the past after the huge iCloud 2014 leak. Multiple celebrities were involved in that leak and those who carried out the attack were put behind bars. Sites were threatened with legal action if they didn’t remove the photos. It was a huge mess.

And ever since then, things have been relatively quiet. But unfortunately, things might be heating up, and Iggy Azalea is the first target.

Iggy briefly deactivated her social media accounts after topless photos were leaked online from a photo shoot she did with GQ in 2016. The photos that were leaked were outtakes and all parties agreed they wouldn’t be released.

In a since-deleted statement, Iggy talked about how betrayed she feels…

A lot of high profile women have shot covers for GQ with a strategically placed hand etc covering their breasts etc I always felt they were very beautiful covers, so I jumped at the opportunity. I hadn’t seen other women’s covers leak so I felt comfortable (on a closed set) to model for such a reputable magazine knowing only the images with my hands covering would be considered for print.

She continues by saying she’s shocked the images weren’t deleted immediately after. Why someone would have them three years later is sickening to her.

Today Im a ball of negative emotions. I feel blindsided, embarrassed, violated, angry, sad and a million other things. Not solely because I did not consent to this – but also because of the vile way people have reacted. A lot of the comments I see from men in particular taking things even further and sharing their thoughts and fantasies in regards to my body has honestly disturbed me.

Obviously we won’t be showing the photos here. Even if we could, we probably wouldn’t. It’s not a good look.

Someone done goofed at GQ and they better prepare for an insane legal battle.