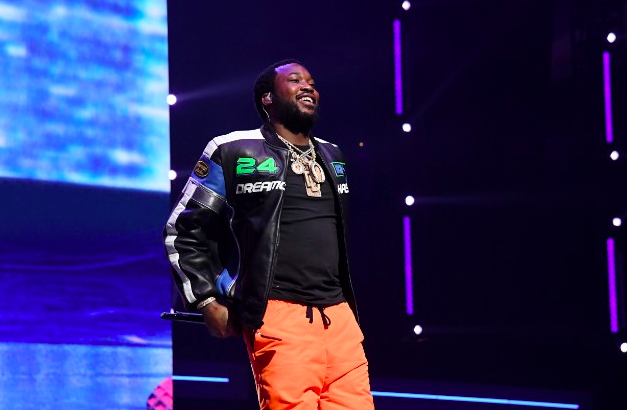 Meek Mill is currently in a war with the Cosmopolitan hotel in Las Vegas after being ordered to leave their property. Meek and his crew were going to see DJ Mustard on Saturday at a club inside the hotel, but they were stopped by hotel security before entering.

They were not allowed to enter the building and the security team threatened to have them arrested for trespassing if they tried to enter.

The hotel claims they didn’t let Meek and his buddies in because the club was at capacity; however, that story just doesn’t hold up. In one of the videos, you can hear Meek ask if he can go inside the hotel to eat, and they wouldn’t even let him do that.

You can also hear a security guard claim they were denying Meek because of a prior incident, so this excuse that the club was at capacity is bullsh*t.

Meek’s lawyer, Joe Tacopina, is talking a mad game. He claims he’s going to destroy the hotel for embarrassing his client. He plans to ask for “heavy monetary damages” and told TMZ, “I’m going to take this place down because of what they did.”

He claims what the hotel did was clearly racist. He also says there is a list of black rappers who aren’t allowed inside certain Vegas hotels.

Tacopina says, ‘Show us one other incident where a white individual was denied hotel club access or access to the grounds because Marquee was full?’

Looks like Cosmo has a mess on their hands. It certainly doesn’t look great for them.