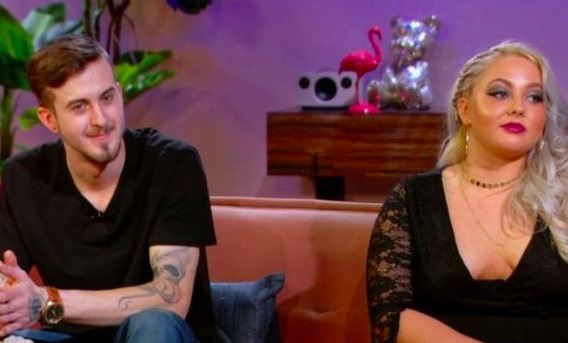 You all know that Jenelle Evans was fired from Teen Mom 2. We’ve covered all angles of the sad story. If you missed the latest update, you can click on this link. The short version is that she continues to be in an abusive relationship and doesn’t have the strength to leave. She has picked David over everything.

MTV is moving on. They just announced that ‘Young & Pregnant‘ star Jade Cline will be joining the cast of Teen Mom 2. For those who don’t know, MTV started a new series titled ‘Young & Pregnant’ last year, which is basically like a revamped 16 & Pregnant. And personally, I think it’s more entertaining than Teen Mom.

So bringing Jade to Teen Mom 2 is probably a smart move. I’m sure the other girls on the Young & Pregnant cast are a little disappointed they weren’t chosen, but Jade is the safe choice. She has the typical storyline they look for: drug addicted parents, low-life baby daddy, working hard as a single mom, etc.

Jade revealed she first found out she was going to join the show when producer Kristen Schylinski (who worked with Jenelle) came to see her while she was on a break at school.

Jade said, at first, she was taken aback, since the show had been on for so long with the same cast. She didn’t want to ‘step on people’s toes,’ but Kristen assured her that she was wanted.

Good for her. I’m sure this will increase her paycheck. GET THAT MONEY, JADE!