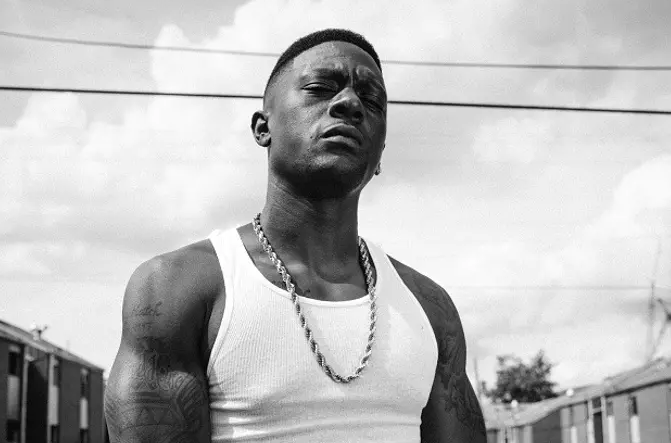 36-year-old rapper Boosie had himself a wild Sunday at the airport. He claimed that American Airlines displayed racist behavior by refusing to let him board his flight.

In his homophobic, profanity-laced rant, Boosie seems to confirm showing up to the gate late, but says the Captain “told you we could be let on but you did not want us on because of your jealousy towards me.”

He also said all this…

I MISS MY F*CKING POOL PARTY YOU B*TCH ASS HOE. You jealous ,broke ass , p*ssy ass , b*tchass f*ggot you deserve a bullet n yo f*cking face you hoe ass RACIS B*TCH. U look like a b*tch ass mf . I BET YO KIDS suffer because of yo p*ssy ass. I BET THEY HUNGRY now cause of yo p*ssy ass.

He also said he hoped they died in a plane crash. Geez. All this because he missed a pool party? Bruh. Come on. Summer just started. There will be more pool parties. We got all of July and August to get our pool game on.

For what it’s worth, a spokesperson for American Airlines claims the situation was a little more complicated than Boosie says…

[Boosie’s] inbound flight from Jackson, Miss., to Charlotte, NC., was delayed, and he arrived at the gate for his connecting flight to Grand Rapids, Mich., after the airplane door had been closed. While we understand misconnections are frustrating, [Boosie] was not denied boarding for any other reason other than he arrived after the door had already closed for departure.

The airline is reportedly reviewing the incident and there is a chance they could ban him from flying with them.

The problem with celebrities is that they take everything personally. If they miss a flight, it must be an attack on them. They’re always so important in their own head.

By the way, Boosie later said on his Instagram that this was “one of the worst weekends” of his life, which is saying a lot because he was indicted on first-degree murder charges and spent over 3 years on death row before being found not guilty.

So yeah, now missing a pool party is his biggest problem in life. Not bad.