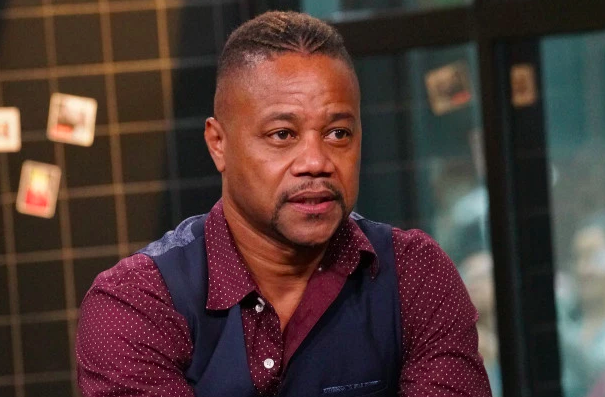 Cuba Gooding Jr. Got Super Drunk And Allegedly Squeezed A Boob That Didn’t Want To Be Squeezed (VIDEO)

Cuba Gooding Jr. might have goofed big time at the Magic Hour Rooftop Bar and Lounge in New York City on Sunday night.

According to people at the bar, Cuba was throwing back them drinks. It’s safe to say Cuba was feeling Good(ing). A woman apparently noticed how drunk he was and decided to look after him by giving him a glass of water.

After handing him the water, the woman claims Cuba grabbed her breast, and that’s when a heated argument broke out. Security had to step in to put an end to the argument before something really bad happened. The alleged groping happened at around 10 and the woman didn’t call police until midnight.

Police arrived shortly afterward to interview the bar staff who confirmed Cuba had been there and said he’s a regular. Cops say they also checked security footage, which showed him leaving the club.

Our sources say cops haven’t seen any footage of the alleged groping, but the investigation remains open.

There is some cellphone footage from the wild night. You can see Cuba singing and having a great time with friends.

No word on if she plans to press charges or file a lawsuit. He better watch out, ’cause she might be screaming, “SHOW ME THE MONEY!”