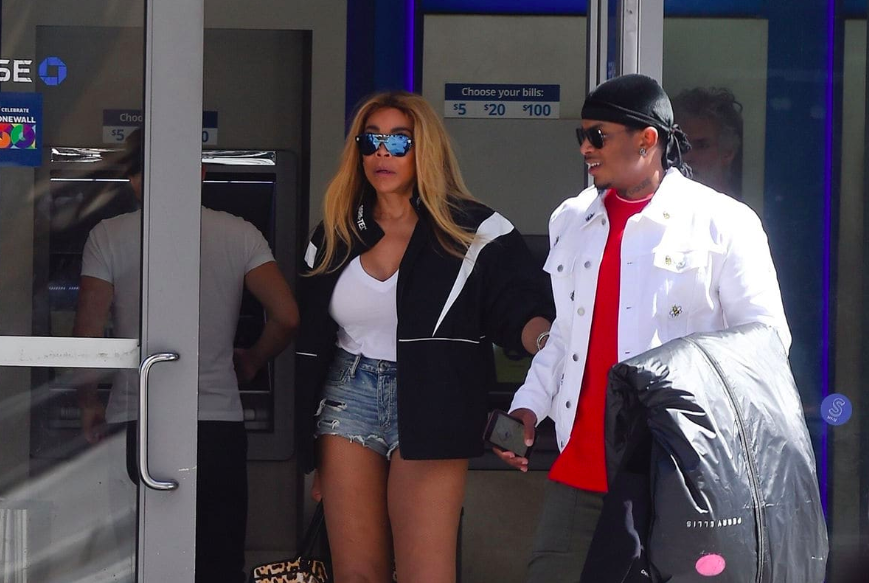 Wendy Williams’ Mystery Dude Is Apparently A 27-Year-Old Convicted Felon, Because Of Course He Is

It looks like Wendy Williams likes them young and troubled. If you’ve been following her life the past week or so, then you’ll know she has found herself a little boy toy. They met while Williams was partying with Blac Chyna in Los Angeles.

TMZ broke the story, Wendy met him while she was partying with her pal, Blac Chyna. Wendy says she was jonesin’ for barbecue potato chips and orange soda one night, and he knew where to score both.

They spent a lot of time together in LA. He was even in the car with her as she got emotional while talking about her family to some random paparazzo outside Roscoe’s Chicken and Waffles.

And he apparently flew back to New York City with her, ’cause paparazzi caught them shopping around town on Tuesday. They were even seen at an ATM, where Wendy took out some stacks.

So who is this dude? He’s 27-year-old Marc Tomblin. Back in 2013, he was convicted of conspiracy to commit robbery with a dangerous weapon and breaking and entering. He reportedly committed the crimes within days of each other, so it was obviously not a good week for him.

He served 15 months in a federal prison and then was on probation after being released in 2014. What has he been doing since then? Who knows, but Williams is aware of his troubled past.

She also said that it’s her time to have some fun after watching her husband have a baby with another woman, which I mean, it’s hard to argue with that.

We don’t know this Tomblin dude. Maybe he’s completely turned his life around. Or maybe he’s just using Wendy and draining her bank account. Either way, Wendy obviously doesn’t care as long as she’s getting that 🍆🍆🍆🍆🍆🍆