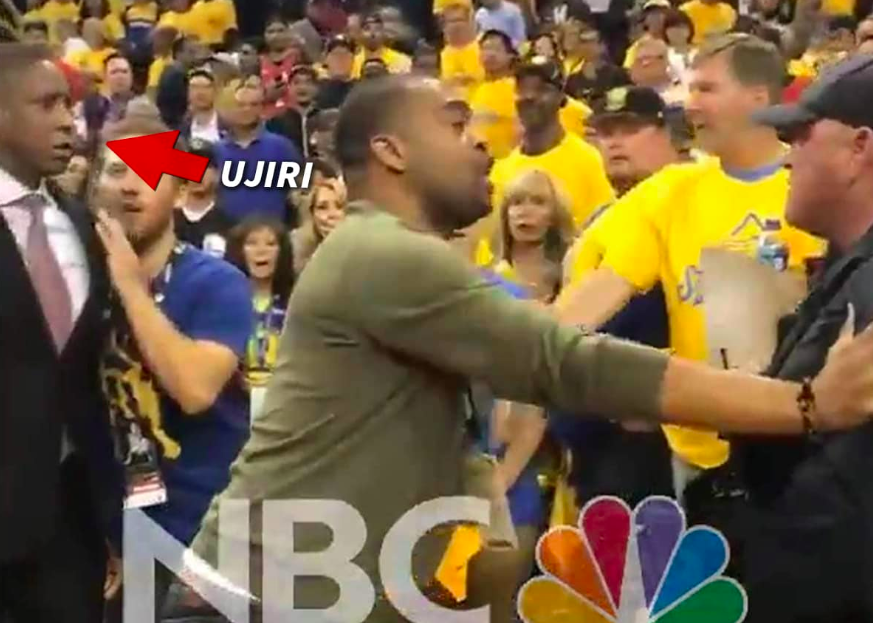 As you all should know by now, the Toronto Raptors beat the Golden State Warriors in Game 6 of the NBA Finals last night to win their first ever NBA Championship. It was a memorable night for Drake, and the entire country of Canada.

It was also a memorable night for Raptors president Masai Ujiri, but maybe not for the reason you’d expect.

Ujiri is in some trouble with police in California after he allegedly shoved and struck a sheriff’s deputy just minutes after the Raptors won the championship.

Alameda County Sheriff’s Office is looking into an alleged misdemeanor battery — after officials say Ujiri got furious when he was denied access to the court to celebrate after the Raptors defeated the Golden State Warriors in Game 6 of the NBA Finals at Oracle Arena in Oakland.

The end of the altercation was caught on video, which you can check out at the top of this page. Mad respect to the dude who jumped in the middle of everything to calm everyone down.

Ujiri was not arrested on the spot and was even allowed to go on the court to give a speech. But now the Oakland Police Department and Alameda County Sheriff’s Office are reportedly working together to build a case against him.

A spokesperson for the Alameda County Sheriff’s Dept. tells us they WILL be pursuing a misdemeanor criminal charge against Ujiri for the alleged incident. He also says investigators are gathering more footage — including surveillance video — while building their case against Ujiri.

Something tells me Ujiri isn’t too concerned. After all, every team wants him now. It’s being reported that the Washington Wizards are prepared to offer him a ridiculous $10 million annually to run their basketball operations.