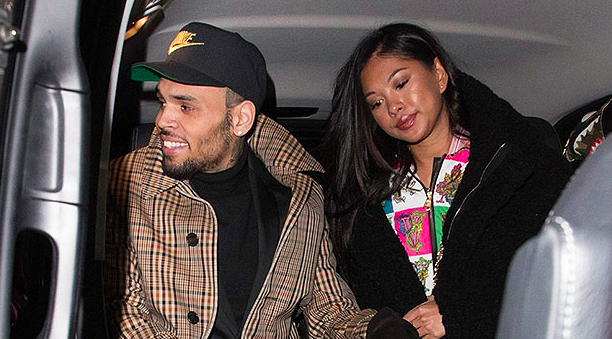 Chris Brown Is Going To Be A Father For The Second Time? ‘Baby Mama’ Ammika Harris Drops Some Hints

Oh, lawd. It looks like Chris Brown is going to be a father of two pretty soon. A source has “exclusively” confirmed to Page Six that Ammika Harris is pregnant and Chris Brown is the father.

According to the report, Brown and his most recent girlfriend, Indyamarie, have split because of the pregnancy. Brown has actually been hinting at Ammika’s pregnancy for a few weeks now, leaving “baby mama” comments on her photos.

And just yesterday she posted the photo you see below, and as you can see, she’s clearly hiding her stomach. There were several people commenting, “TURN AROUND!”

But still, they have not confirmed the news, so I guess we can’t say this is 100% yet. Although, Page Six seems pretty confident in their source.

Brown currently has a 5-year-old daughter with Nia Guzman. For the past two years or so, Brown was only paying $2,500 in child support, but since he had a very successful 2018, Guzman took him back to court to demand more. In September of 2018, she reportedly asked the judge to increase the support to $18,000 monthly, ’cause that’s the life Brown is living.

No word on if they have settled it all in court, but we do know the court temporarily increased the amount to $5,000.

And with a new baby on the way, things might get even more expensive for Brown. HAPPY FATHER’$ DAY!