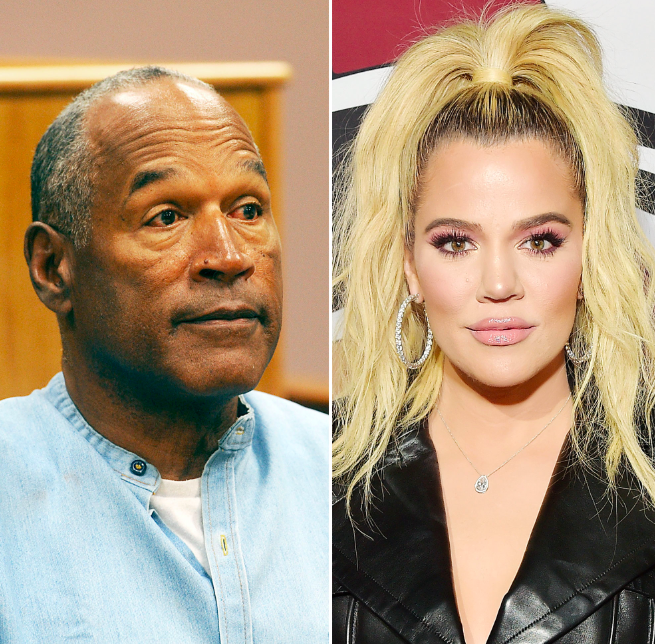 The first thing I want to set straight is this story Pardo (who was not my manger) is talking about all over the media regarding me & @KrisJenner pic.twitter.com/tZ9EJd4qxF

If you missed the ruckus this past weekend, O.J. Simpson joined Twitter. Obviously a lot of people had a problem with this because he’s an alleged murderer. People have been shaming anyone who follows him.

Currently, Simpson has over 600,000 followers, which is not bad considering he’s only been on the site for three days.

Instead of posting long threads on the social media site, Simpson has opted to post videos, which makes us wonder why he just didn’t start a YouTube channel.

But anyway, on Father’s Day, a smiling Simpson posted a video discussing the rumors that he’s Khloe Kardashian’s father. As some of you probably know, many people believe he secretly had a fling with Kris Jenner and that fling produced Khloe. People believe this ’cause Khloe looks a bit different from her sisters and is built like a football player.

Simpson claims the rumors are not only false, they’re also tasteless.

Once in a while I’m going to go off topic and talk about other things, and this is one of those times. You know, Bob Kardashian, he was like a brother to me. He was a great guy. He met and married Kris [Jenner] and they really had a great time together, when they were together.

Unfortunately, that ended. But never — and I want to stress never, in any shape or form — did I ever have any interest in Kris, romantically or sexually. So, all of these stories are bogus, bad, tasteless. Khloé, like all the girls, I am very proud of, like I know Bob would be if he was here, but simple facts of the matter is she is not mine.

And you know, I think we have to believe him because he seems like a pretty honest guy.

After all, he basically admitted to the murders in his bizarre book, so you know if he was secretly Khloe’s father, he’d be like, “If I did have sex with Kris, I would have probably done it from the back. Thrusting hard and deep. Maybe I smacked her a** a few times, pulled her hair a bit, called her some not-so-nice names.”