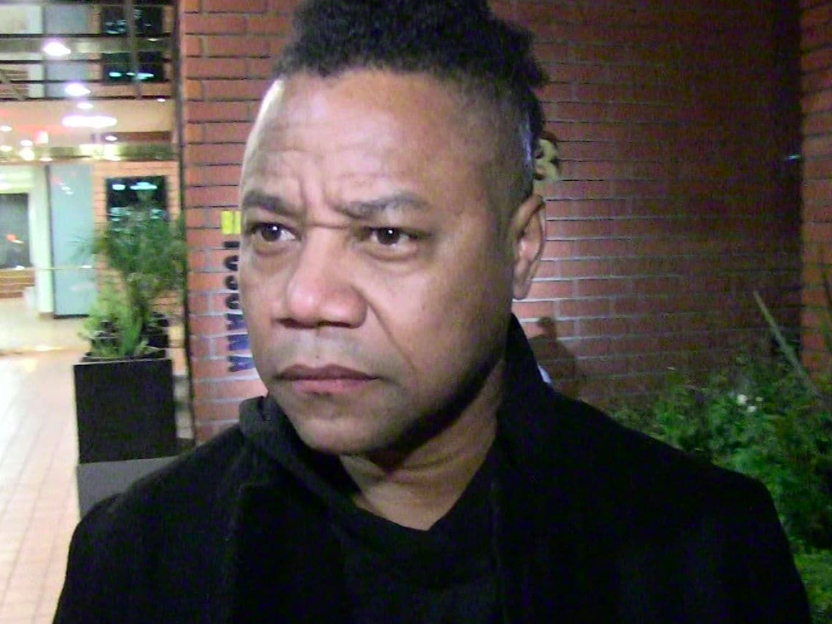 Cuba Gooding Jr. Insists He Did Not Touch Woman’s Boob, Says She Came Up To Him Talking About ‘Snow Dogs’

Cuba Gooding Jr. is a pretty talented actor. He even won an Academy Award for Best Supporting Actor back in 1997 for his memorable role in Jerry Maguire.

So yeah, he’s been in several great films, but the 2002 film ‘Snow Dogs‘ is not one of them. The movie got a 24% rating on Rotten Tomatoes and pretty much no one remembers it.

…except his alleged groping victim, apparently. Cuba told his lawyer that the only reason he remembers the woman accusing him of sexual misconduct is because she ran up to him professing her love for Snow Dogs.

From there, they started having a friendly conversation, which led to Cuba putting his hand on her thigh…LIKE FRIENDS DO.

As for the touching that’s evident in the video … Heller says Gooding admits placing his hand on her thigh as a cordial gesture — as friends might do when sitting closely. Then he says he brought his hand up to her hand — NOT her breast — and brought her hand to his lips for a kiss. Again, Gooding says it was all a ‘friendly gesture.’

The actor insists he did not touch the woman’s breast and wasn’t hitting on her … as he was ever mindful his girlfriend, Claudine De Niro, was sitting in between them.

I don’t know, man. I’ve never met someone and then 10 seconds later placed my hand on their thigh. Maybe things are different when you’re famous.

Cuba also claims there wasn’t some big heated argument inside the club. The woman did talk to his security team, which confused Cuba because at the time he didn’t even remember who she was.

When the case hit the media, Gooding claims he only remembered his interaction with the woman … mostly because the surveillance video triggered his memory about her love of ‘Snow Dogs.’

Cuba was arrested on Thursday and booked on a misdemeanor forcible touching and sexual abuse in the third degree charge. Obviously Cuba plans to fight it.

But I don’t know, what do you think? Does the camera lie?