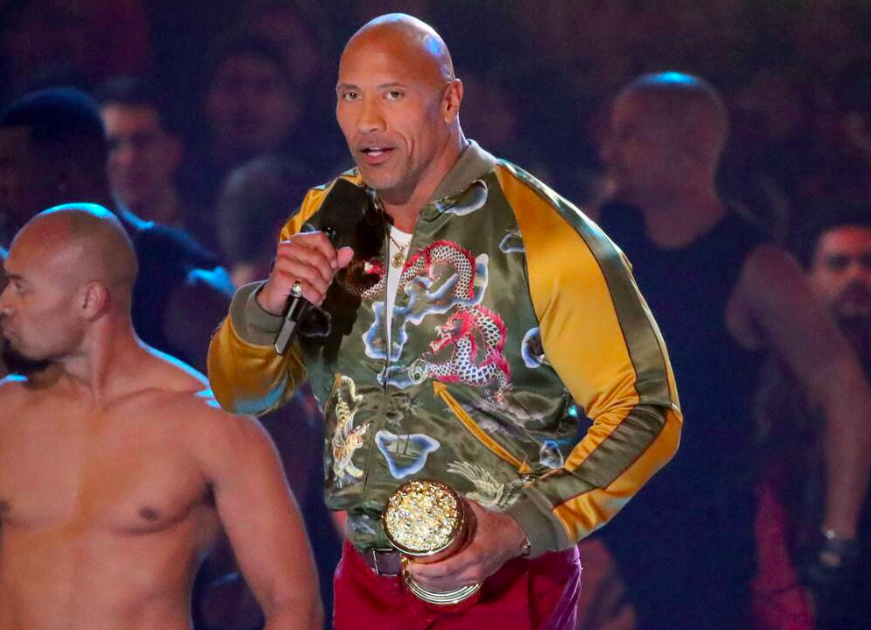 Now The Rock is beloved Hollywood actor Dwayne Johnson. He’s one of the highest paid actors in the world. How did he do it? How did he make the transition? Well, hard work, of course…but also by never forgetting where he came from.

Johnson was awarded the Generation Award at the 2019 MTV Movie & TV Awards, and while accepting his trophy, he shared some important advice with all the young people in the crowd.

When I first got to Hollywood, Hollywood, they didn’t know what the hell to do with me. I mean, I was half black, half Samoan, six foot four, 275 pound pro wrestler. I was told at that time you gotta be a certain way. You gotta drop some weight. You gotta be somebody different. You gotta stop working out, stop doing the things that I love.

He then continued by saying that while being yourself is obviously important, treating people with respect along the way is just as important.

Yes it’s important to be yourself. [But] you gotta recognize the joy and the responsibility of bringing everybody with you. We bring everybody with us and you do that by being kind, by being compassionate, by being inclusive and straight up, just being good to people because that matters.

When I was 15-years-old, I heard a quote and I will never forget it and I bring it with me everywhere. It’s ingrained in my DNA. It’s nice to be important but more important to be nice.

You might be like, “Well, okay, but what do you know about being nice? YOU’RE TV *SMACK* TALK!” and that’s fair point. But we always try to punch up and not down. If you ever catch us slipping, let us know.