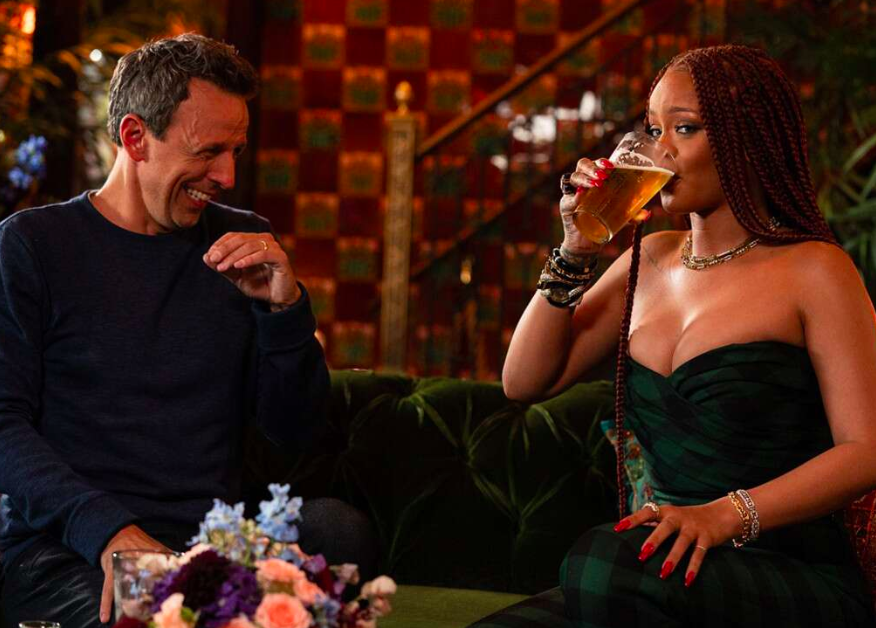 For some reason, Seth Meyers has been labeled as boring by many viewers of late night television. It’s a bit of an unfair title to give him because most people aren’t really giving him a chance. They’re also comparing him to Conan O’ Brien, which is ridiculous because we all know Conan is the GOAT.

Seth may have had a rocky beginning on late night TV, but he’s starting to get comfortable and it’s really showing.

During Rihanna’s most recent appearance on the show, she and Seth went out day drinking together, and the video from their adventure is pretty hilarious.

We won’t spoil all the funny moments for you, but we’ll give you a few highlights to entice you.

There is more, but you should really just watch. It’ll make your Friday that much better.