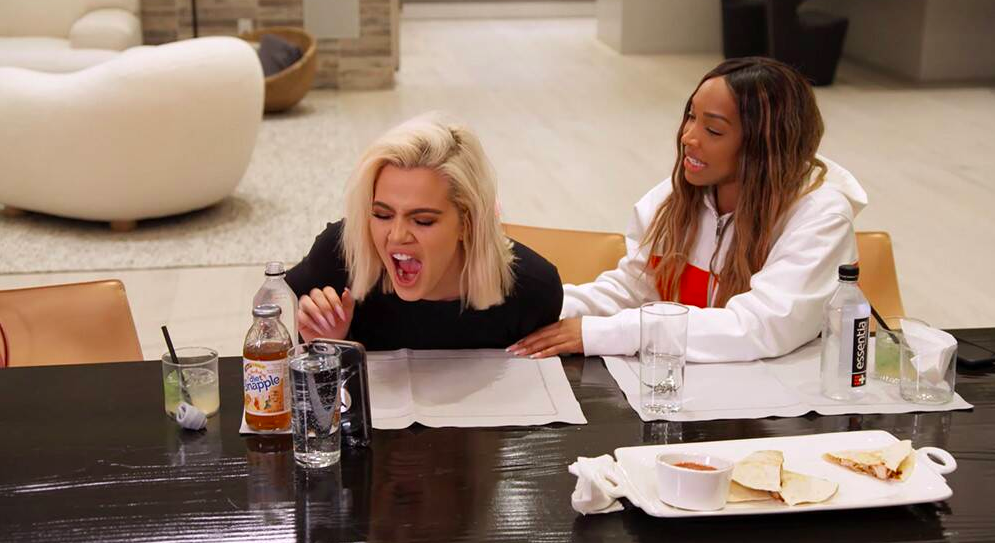 Oh my god. We know O.J. Simpson just came out and denied being a father to Khloe Kardashian, but this preview clip from Keeping Up With The Kardashians makes us believe he’s lying.

Why? ‘Cause Khloe is raging hard in the clip. And I mean, understandably so. She just found out her baby daddy cheated on her with Kylie Jenner’s best friend, Jordyn Woods.

But still, she appears to be going off the deep end.

Obviously they saved all this drama for the big season finale next Sunday. In the preview clip, you can see Khloe reacting to the cheating rumors. She starts off simmering in the car while reading a text from Tristan and then explodes at the house.

At one point, she screams “YOU’RE A LIAR” at the phone, and then at the end of the clip, she appears to be fighting her entire family inside the bathroom.

She also says to the camera, “My family is ruined! I’m not just a TV show. Like, this is my life,” which shouldn’t be hilarious, but it is. I mean, she’s saying that as she films the most dramatic moment of her life for television…lol. Your life might not be “just” a TV show, but it’s like 95% a TV show.

You know there was a small part of her thinking, “F**k. This is going to be fantastic for our show.”