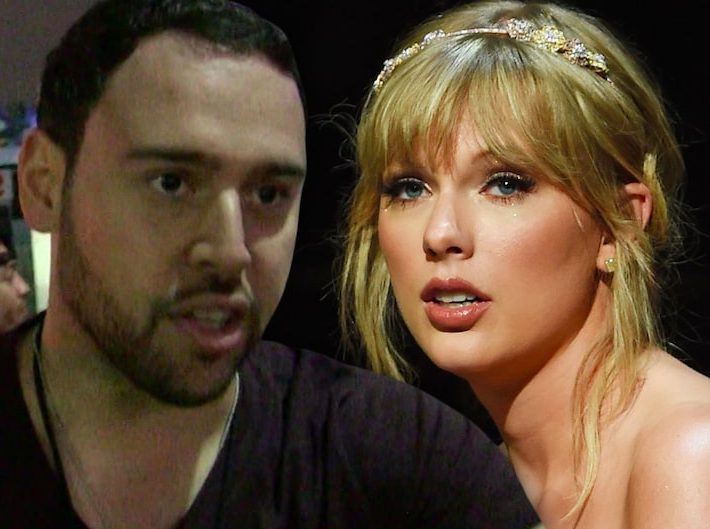 So we all know Taylor Swift loves to play the victim. She has mastered the art of making people feel bad for her. Even though she’s one of the most successful artists in history, she still has people thinking she’s an underdog.

That being said, in this specific case…we might agree with her? MAYBE…I DON’T KNOW, LET’S TALK IT OUT!

We all know major record labels have a history of screwing over artists. It doesn’t matter how big the artist is. Record labels will suck them for everything they’re worth.

And way back when Swift was 15, she signed with Big Machine Records. There has been talk for years if the label took advantage of her at time. Swift has since moved on from the label; however, they still have the rights to her first six albums, all of which are multiplatinum.

This has always been a bit hard for Swift to swallow, and she has attempted to buy them back but was always shutdown. Then the situation got worse recently when Scooter Braun acquired Big Machine Records.

Swift does NOT like Braun, and in an open letter to her fans, she called him a bully who tried to take her down and even assisted Kanye West and Kim Kardashian in their “attack” against her.

Some fun facts about today’s news: I learned about Scooter Braun’s purchase of my masters as it was announced to the world. All I could think about was the incessant, manipulative bullying I’ve received at his hands for years.

This is my worst case scenario. This is what happens when you sign a deal at fifteen to someone for whom the term ‘loyalty’ is clearly just a contractual concept. And when that man says ‘Music has value’, he means its value is beholden to men who had no part in creating it.

You can read her full statement by clicking this link. After her statement generated some buzz online, Justin Bieber came to defend Braun, who has been his manager/friend for years.

Scooter has had your back since the days you graciously let me open up for you.! As the years have passed we haven’t crossed paths and gotten to communicate our differences, hurts or frustrations. So for you to take it to social media and get people to hate on scooter isn’t fair. What were you trying to accomplish by posting that blog? seems to me like it was to get sympathy u also knew that in posting that your fans would go and bully scooter.

It’s an odd move from Bieber. I mean, who was thinking, “Gee, I’d really love to hear what Bieber thinks about all this!”? The answer is no one, ’cause you know his opinion will be biased as hell. Bieber taking Braun’s side in this is like when your wife is going off on someone at the supermarket, and you don’t necessarily agree with it, but you know what she’s capable of back at home, so you have to take her side.

In addition to Bieber, Erik Logan (a member of the Big Machine board of directors) sent out the statement you see below…

I’m not going to sit on the sidelines and allow you to re-write history and bend the truth to justify your lack of understanding of a business deal … I also find it very interesting you use the word bully.  As I watch you attempt to re-write history and parse words, all from your massive platform, I’m reminded that’s what a real bully would do … You’re the real bully.

At the end of the day, this is just a bunch of rich, white people arguing with each other, so it doesn’t really matter THAT much.

But it would be nice to know what exactly went down from a neutral party.