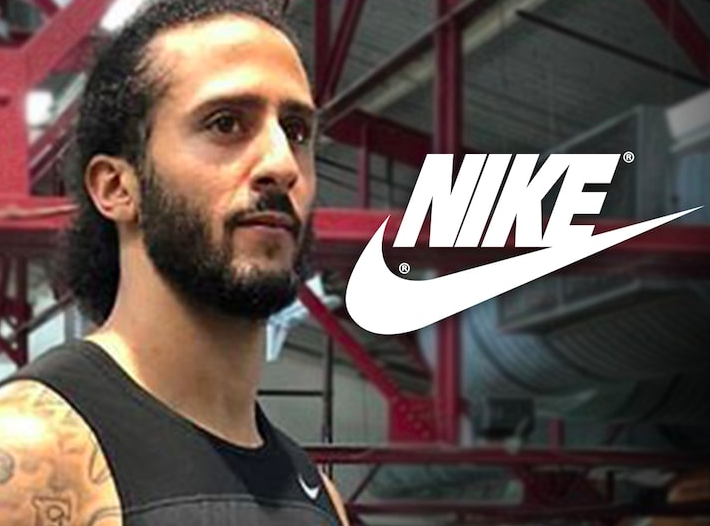 Colin Kaepernick has made Nike a lot of money, and they’re apparently very grateful for that because they’re allowing him to make business decisions for their company.

As some of you might have heard, Nike had planned to release a flag-themed sneaker, which featured an old U.S. flag with 13 stars from the American Revolution.

Kaepernick, who is endorsed by Nike, reportedly reached out to The Swoosh with huge concerns after images of the shoe with the Betsy Ross flag started being posted online … he thinks the imagery is offensive because of its connection to slavery.

After talking with Kaepernick and seeing the early reaction online, Nike decided to pull the shoe, which had to be a costly move because they had already shipped them to stores nationwide.

Nike has asked to have all the merchandise back, but as you might expect, a few leaked pairs are out there, and they’re selling for more than $2,000. They were originally going to be just $120 in stores.

We checked out the website StockX — a super popular streetwear auction site — and one pair of the Betsy Ross kicks sold for $2,501 … a Size 8.

Good on Nike for realizing their mistake and listening to Kaepernick, although it’s still confusing to see how many of these “mistakes” get approved by so many people inside the company. Maybe they should just hire Kaepernick to be a consultant.

By the way, here’s how Ted “I’m always sweating” Cruz feels about the situation…

It’s a good thing @Nike only wants to sell sneakers to people who hate the American flag…. @NFL #HappyFourth https://t.co/G6w8vDjvLP