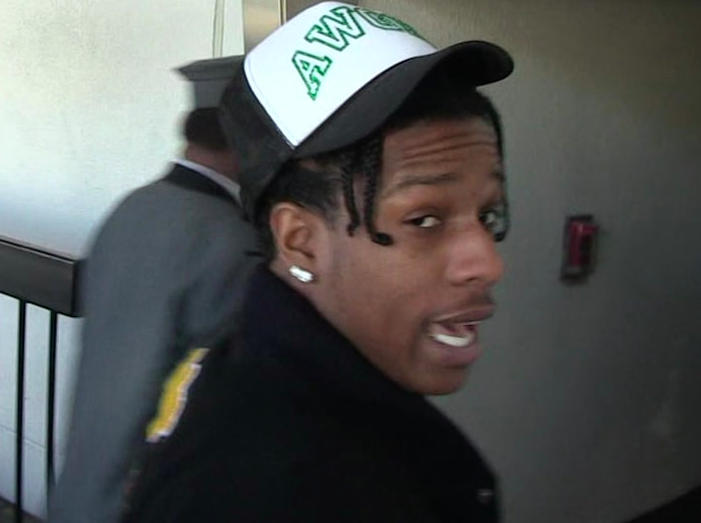 Typically, I roll my eyes when I see a video of four dudes beating up on one dude, mostly because it’s like, “Can’t you just send your best guy? Make it one on one?” There is nothing impressive about winning a fight in which you outnumber your opponent.

But sometimes, the opponent deserves the beatdown. A$AP Rocky was in Sweden recently when a man (teenager?) approached him and his bodyguard. The dude was basically being a giant troll, accusing the bodyguard of breaking his headphones, even though it was clear he broke his own headphones by throwing them at Rocky’s bodyguard.

The troll and his friend followed Rocky and his crew around for several minutes following the incident, even as Rocky tried to play peacemaker.

At one point, toward the end of the video, two girls approach Rocky and tell them the troll and his friend were harassing them as well by slapping their butts.

After learning this new information, Rocky and his crew were like, “Okay, maybe they deserve this a** kicking”

This is what happened…

Of course, you can’t just go beating people on the streets, no matter how much they deserve it. The cops were called and Rocky was arrested on suspicion of aggravated assault.

We’re told Stockholm cops can now hold Rocky for up to 3 days while prosecutors determine whether to charge him. If they do, he’s looking at the possibility of up to 6 years in a Swedish prison.

It’s likely they drop the charges after reviewing Rocky’s video. No way Rocky is doing jail time for simply keeping the streets free of garbage.