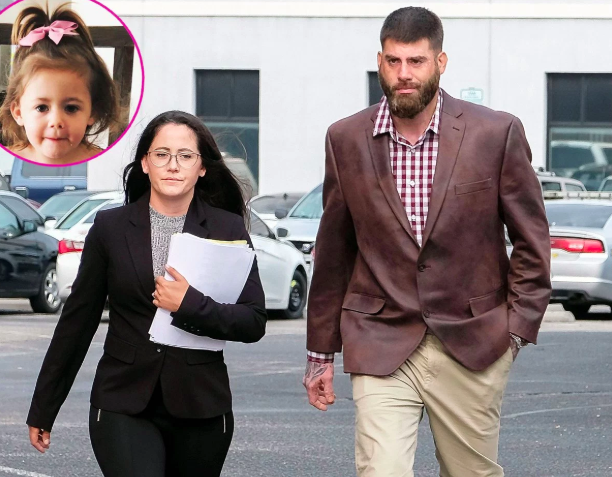 Jenelle Evans is trying everything to get her kids back, and that includes making ridiculous 911 calls. Both Jenelle and her insane husband David Eason called 911 recently to report her mother Barbara, who currently has custody of both Jace and Ensley.

While on FaceTime with Jace, Jenelle heard Ensley screaming in the background. When she asked Jace why she was screaming, he told her that Barbara locked her in the bedroom so she could take a shower.

During the 911 call, Jenelle and David’s true intentions came out when he asked the dispatcher if there was anyway she could report this to CPS.

David also asks the dispatch operator to file a report with child protective services … but the operator says David needed to do that independently. We don’t know if he followed through and called CPS.

Barbara was able to get Ensley out on her own before cops arrived, and overall it was not a big deal.

But we all know Jenelle and David weren’t actually concerned that their daughter was in danger. They simply saw an opportunity and tried to run with it by getting a report with CPS, to hopefully make their case stronger in court to get the kids back.

It’s all really sad if you think about it. Those kids deserve better than Jenelle, David, and hell even Barbara. We’re not saying Barbara has been a bad grandmother to Jace, but she’s probably not fit to raise both a 10-year-old and a 2-year-old. She’s not getting any younger.

I don’t know what the solution is. Prayers? Lots and lots of prayers?