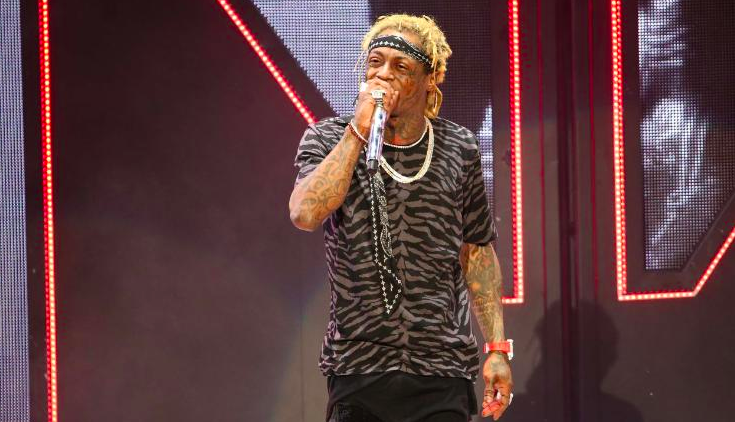 What In The World? Lil Wayne Quits (?) Co-Headlining Tour With Blink-182 While Performing On Stage! (VIDEO)

When it was announced that Lil Wayne and Blink-182 would be co-headlining a national tour together, it was a bit of a head scratcher. I mean, they don’t exactly share many fans. If you like Blink-182, there is a decent chance you don’t give a f**k about Lil Wayne, and if you like Lil Wayne…well you get the point.

But they were determined to make it happen, and now it looks like they’re regretting it.

On Thursday, they had a show in Bristow, Virginia, and apparently Wayne was not happy with the amount of rap fans in attendance.

Wow , @LilTunechi just said this maybe his last night in the Blink 182 tour. Cited the lack of rap fans/his fans

@LilTunechi just dissed everyone saying this might have to be his last night on this tour Pretty Much because we aren’t good enough for him! Honey you are the odd ball out here, you decided to play between @NeckDeepUK and @blink182

TMZ got video of Lil Wayne talking to the crowd. He told them, “Hold on, I just want the people to know, if you’re wondering, please forgive me, but I am so not used to performing to a crowd and there’s not too many, you know, like still, that’s not my swag.”

He only performed four songs and then left the stage. When Blink-182 took the stage after Wayne, bassist/vocalist Mark Hoppus reportedly took a little shot at Wayne by telling the crowd, “We are going to play one more song then we are going to play more! You know why? We are contractually obligated!”

By the way, the tour just kicked off on June 29. It’s scheduled to end in Ohio on September 22, which is only two months away, but apparently that’s too long for Wayne.