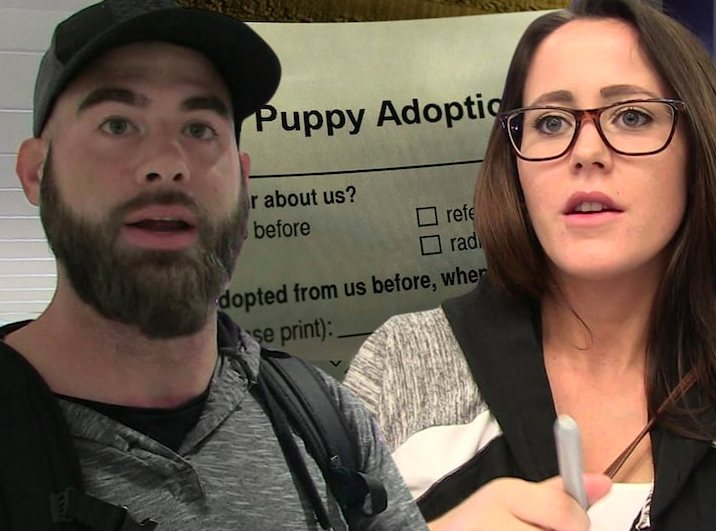 Looks like it’s round two for Jenelle Evans and David Eason. As you all know by now, David Eason shot and killed Jenelle’s dog earlier this year. He allegedly took little Nugget out back in the woods and shot it because it nipped at his daughter’s face. They also “sent off” their other dog, a pit bull, because it killed one of their pigs.

David went on his YouTube channel on Sunday to make the announcement. They adopted two Anatolian Shepherd puppies. Apparently, they needed new dogs to protect their chickens from hawks, and after a lot of research, they discovered Anatolian Shepherds would be the best fit.

After lots of research we came across this breed of dog called the Anatolian Shepherd. They are one of the most unique types of dog I have ever seen and have the best temperament and disposition of any dog I have ever owned. They are a livestock guardian breed and do not mind eating and sleeping with all our animals on The Land!

He then proceeds to sweet talk them for several minutes straight, which is pretty uncomfortable. You just know there is so much evil living inside of him, so it’s weird to see him be like, “Oh, sweet boy. You love daddy? Yessss”

We’ll see how this all plays out. Hopefully the dogs don’t do anything to piss him off. I mean, he went swingin’ with little Nugget just weeks before shooting him, so it doesn’t matter if you’re on his good side now.

The dude can turn on you in a matter of seconds.