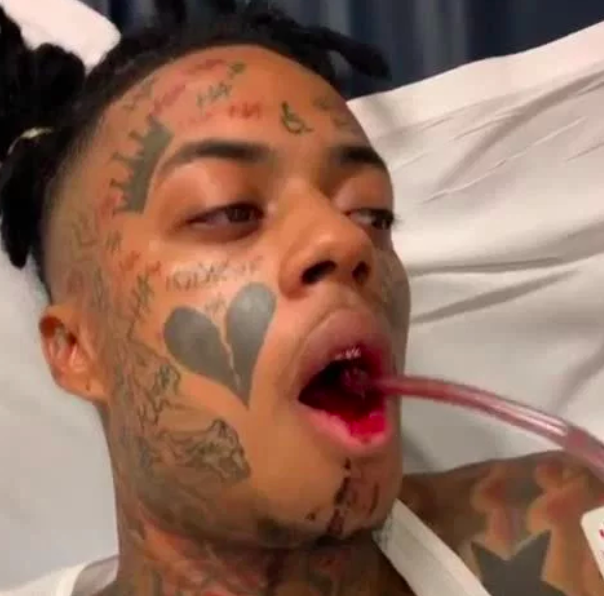 Rapper Boonk Has His Jaw Smashed And Broken, Shows Off Gruesome Injury Before Surgery (DISTURBING FOOTAGE)

A rapper by the name of John Gabbana (Boonk) was punched in the face on Saturday. As you can see in the video above, it’s not exactly clear why the man punched Boonk. We don’t know what happened minutes before, but it does look like a cheap shot. It also doesn’t look THAT bad.

But apparently, the punch connected just right because it f**ked up Boonk’s jaw completely.

The rapper shared photos and videos from the hospital bed moments before he had surgery to repair his jaw, which was apparently broken on both sides. You can also see from the graphic footage that some of his teeth were smashed too.

He wrote on Instagram, “Broken jaw on both sides, surgery 7:30am. Pray for me, love you guys !! Gotta show them even when I’m down I’m still happy and oh if anyone ask.. I ran into a wall.”

He’s certainly in a better mood than I would be if I just had my jaw broken by some punk. Although, he’s probably on some killer pain meds, so that might be way he seems so chill.

I’ll admit, I don’t know a lot about this dude, but from the comments on his post, it looks like a lot of people are saying “he had this coming” because of the pranks he pulls for viral fame. Apparently, one of his pranks included jumping over the counter at Dunkin’ Donuts and stealing an entire tray of glazed donuts. So yeah, that’s what we’re working with here.

In any event, we wish him a speedy recovery.