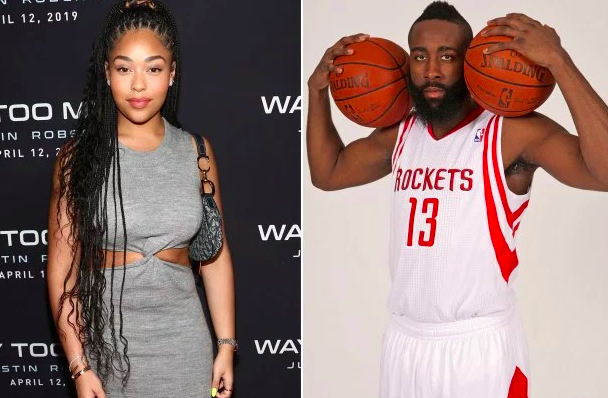 It looks like Jordyn Woods loves picking up what Khloe Kardashian left on the curb, ’cause now she has her eyes set on James Harden.

As most of you know, Harden and Khloe briefly dated, but then ultimately decided to split, thanks in large part to Lamar Odom’s overdose scare.

On Wednesday night in Houston, Woods was seen partying with Harden. They were sitting next to each other in the same booth and at one point Woods even stood up and danced in front of him.

We’re told the 2 have hung out in the past — pre-Khloe’s split with Tristan — and Jordyn allegedly told friends Khloe was cool with it … our sources say Khloe never even knew about it. What’s unclear is if Jordyn and James have taken it a step further.

If the source is correct, and Khloe doesn’t know about this, then this would be a direct hit. This would mean Woods has no plans to repair her relationship with the Kardashians. In fact, this would mean she’s ready for war with them.

But what else does she have to lose at this point? Kylie Jenner already kicked her out of her guest house. She can’t just sit outside Kylie’s gated neighborhood waiting for her to forgive her.

For what it’s worth, there are sources who claim this recent hangout session was completely random. Woods didn’t know Harden would be there. The sources also claim there is NOTHING going on between them.

But other sources say that’s B.S., and they’ve been secretly hanging out together for months.

Who to believe? I dunno, man. I dunno. They certainly looked comfortable in the video.