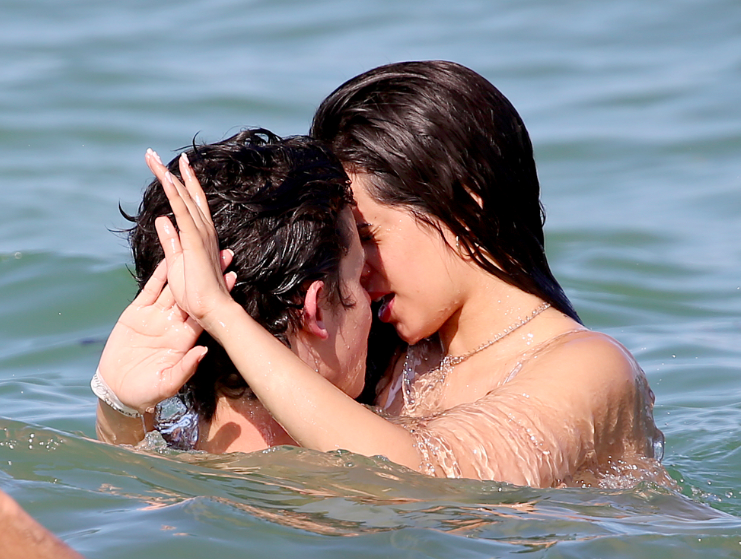 Looks Like Shawn Mendes And Camila Cabello Are No Longer Hiding Their Love, Spotted Making Out On The Beach! (PHOTOS)

We knew this was coming. Earlier this month we told you things were heating up between longtime friends Shawn Mendes and Camila Cabello.

Soon after releasing their steamy ‘Señorita’ music video together, the two stars have been spending lots of time together. Cabello went to Mendes’ concert on July 5th, and then two days later they were spotted on a dinner date in West Hollywood.

A week after that, the two stars were seen making out at a San Francisco cafe, “Then, after, they started kissing. He had his arm around her a lot of the meal, and they were chatting — not too much laughing, but they looked in love,” the source revealed.

Then on July 28, Cabello and her family attended Mendes’ concert, which is pretty legit. If you’re bringing the family along, you know sh*t is getting serious.

Now finally, on July 30, we have photo evidence of their relationship after they were caught making out in Miami Beach. They were all over each other in the water.

Cabello wore a little white one-piece while Mendes showed off his abs by going shirtless.

As some of you may know, Cabello had been dating relationship guru Matthew Hussey for over a year, but they broke up back in June…right around the time the steamy music video was released. You have to imagine Cabello fell for Mendes while in a relationship with Hussey.

Here’s to hoping they last! I’m certainly rooting for them. They’ve been friends for so long, it’d suck if they ruined it.