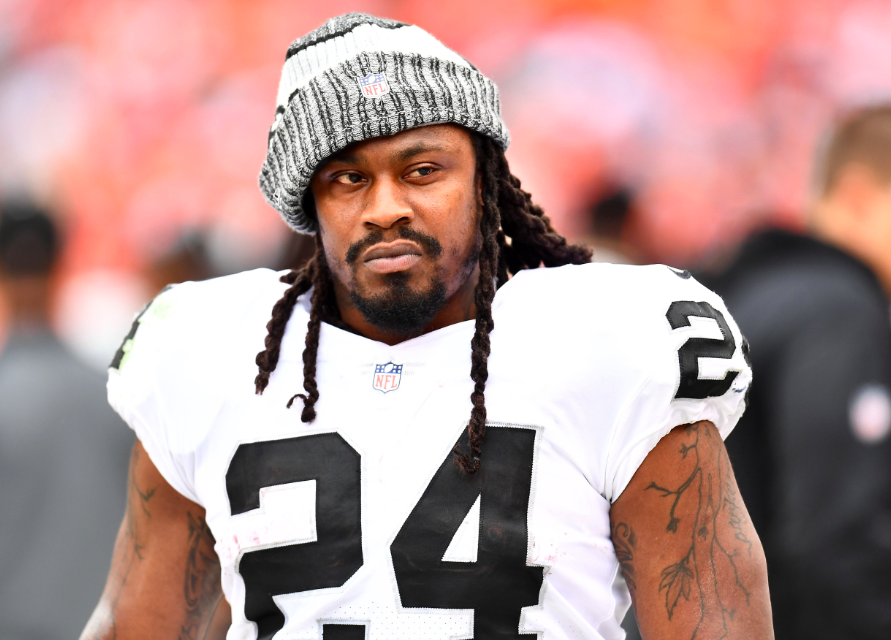 Retired NFL running back Marshawn Lynch held his first ‘Lynch’s Fam 1st Family’ camp in Seattle back on July 28. During the camp, Lynch had the kids line up to hit each other without pads.

TMZ reports, “The exercise got pretty violent, with several kids hitting each other hard … and throwing each other to the ground,” so as you might expect, some of the kids didn’t want to participate.

Lynch was like, “Oh, you don’t want to do it? Well, get the f**k away from me and go run around the field,” which is what several kids did.

Unfortunately, his tough response caused a few kids to cry, and that angered a couple camp moms in the stands. One of them actually ran out on the field to confront Lynch.

Minutes later, after she returned to the bleachers and started talking to other parents, Lynch ran up the bleachers to set the record straight.

We got two videos for you. In the first one, you can see a minute or two of the drill, you can see the woman run on the field, throw a shirt on the ground, and you can see Lynch run up the bleachers.

In the second one, you can watch as Lynch explains himself to the angry mothers. The funniest thing about this video is how exhausted Lynch is. He ran up them stairs like a beast, but it’s clear he’s not in football shape anymore cause the dude was winded.

You could tell he was regretting his decision to run.

I don’t know. I think he handled the situation well. Is it a bit much to ask a bunch of kids at some fun summer camp to hit each other without pads? Perhaps, but he didn’t force them. He gave them the option to run.

And those moms are fooling themselves if they think Lynch is the only coach out there cursing. Have they never watched Friday Night Tykes?