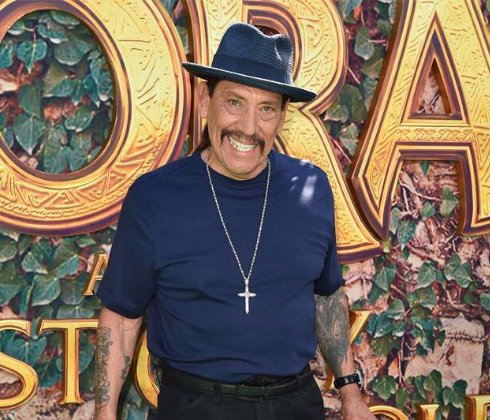 If you’ve ever been to Los Angeles, then you know Danny Trejo is kind of a big deal. He’s not exactly the most popular actor in the world, but he’s made a name for himself in his hometown for his extreme kindness, delicious tacos and mouth watering donuts.

Now you can add lifesaver to the list. The 75-year-old star was one of the first people to witness a nasty car crash in Los Angeles at around three in the afternoon on Wednesday.

A driver reportedly ran a red light and hit a car with a child and grandparent inside. The car overturned and the baby was trapped inside.

That’s when Danny stepped in.

Following the two-car collision, Trejo said he crawled into the vehicle to help free the child, who was still strapped into a car seat. Another female bystander also stepped in to assist from the other side of the vehicle.

Danny made sure to give credit to the woman who helped him, ’cause that’s what a good hero does, “I couldn’t unbuckle the seatbelt so she got in and undid the seatbelt. I pulled the baby out of the other outside.”

Both the baby and the driver were transported to the hospital with minor injuries. Danny says the only thing that saved the baby was the car seat.

A reporter asked Danny if he considers himself to be a hero. This was his response…

If only everyone had that outlook.