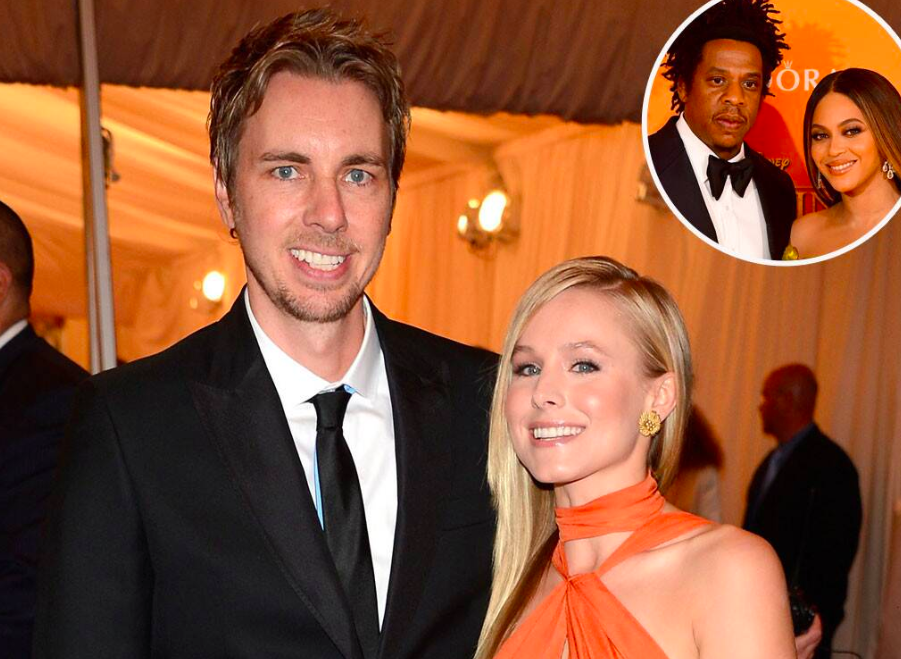 Most people go away disappointed after meeting their idol. They’re almost never going to be as great as you’ve built them up to be in your head. You’re not always going to connect and become best friends.

But sometimes, you love your idol so much that you don’t even realize you’re annoying the hell out of them. This is what happened to Dax Shepard when he met Jay-Z.

Dax is a super fan of Jay-Z. He’s been very vocal about this, so when he got to sit right next to Jay at the Met Gala a couple years ago, you can bet he took full advantage of it.

During a recent interview on the lovely ‘Hot Ones‘ YouTube series, Kristen Bell talked about the night her husband met Jay. She claimed Dax was SO excited. They even maneuvered the table so Dax would be right next to Jay.

Kristen was lowkey excited too because she thought if Dax does hit it off with Jay, then she’d become best friends with Beyonce. But sadly, things didn’t go as planned.

And then we maneuvered the table so that Dax could sit right next to Jay-Z and Dax talked his ear off and I don’t think Jay was that interested. But I was proud of him that he went for broke! I think at one point he also hit him with a lyric. I think he was like, ‘Real recognize real!’ And I was like, Dax, Dax, don’t.’

Hey, we’ve all been there. He was coming on too strong. Jay was probably able to smell that sh*t before he entered the building.

You have to play it cool next time, Dax. Act like you barely even know who he is.