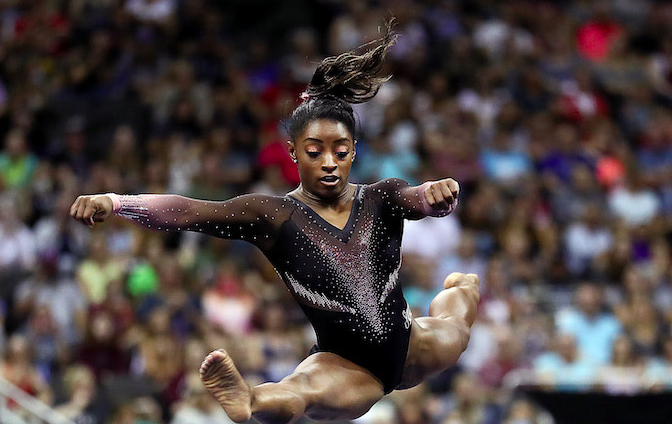 Simone Biles just put on an incredible performance at the U.S. GymnastIcs Championship in Kansas City, Missouri. The championship took place this weekend, and during every stop of the way, Biles made jaws drop.

She first made jaws hit the floor by becoming the first person to ever attempt and land a double-double dismount from the beam.

And then she made history again on Sunday with an absolutely stunning floor exercise routine. She landed a triple-twisting double somersault, making her the first person in history to ever complete the move.

After her jaw-dropping performance on Sunday evening, she nabbed her sixth national title, the first time a woman has won six U.S. all-around titles in 70 years. We should mention she is also the world’s most decorated female gymnast of all time. Oh, and she’s only 22 a.k.a she’s just getting started.

The 2020 Tokyo Olympics are coming up, so let’s hope she can do a repeat of this performance. If she can, no one on Earth will stand a chance.

USA Gymnastics director Tom Forster had this to say…

It’s like she hit a hole in one and we were all there. It’s a big deal and we all know it. No one in the world has done it before in the women and actually, she does it better than most of the men who have done it. She should be super excited about that.