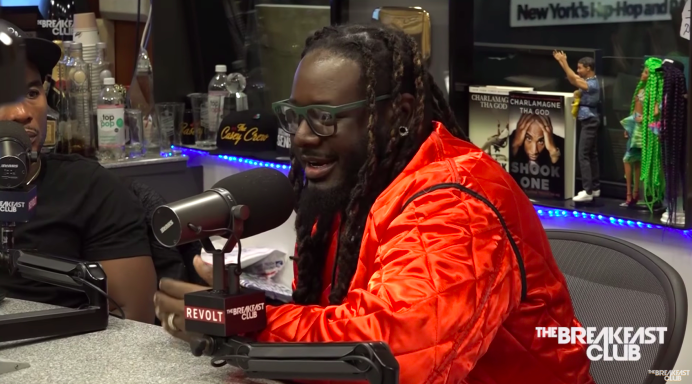 Today, T-Pain is worth around $35 million, but at one point, he didn’t even have enough money to buy his kids a cheeseburger from Burger King.

During a recent appearance on The Breakfast Club, T-Pain talked about a lot of things, including threesomes and his winning strategy on The Masked Singer (aka TV’s most bizarre show).

He also talked about how at one point (several years ago) he had $40 million in his bank. $40 MILLION! Enough money to last you, your kids and their kids a lifetime. But somehow, Mr. Pain blew it all. And yes, we really mean all.

During the interview, he explained that he wasn’t checking his account nearly enough. He’d drop money on lavish purchases left and right. He also got involved in some failed real estate investments.

Thinking that he would be responsible with the money, he ended up spending crazy amounts on everything without keeping track of his finances. After a while, he ran through all his funds and needed to borrow money from his team to even buy his kids dinner from Burger King.

And this was years ago, when fast food prices weren’t crazy expensive like that are now. This was back when you could feed your family for $10. These days, one combo meal will set you back $10.

But the good news for T-Pain is that he’s smarter with his money now, and he was in a position to build up his empire again because he has talent.

These people who win the lottery and blow their riches aren’t as lucky because they go right back to their minimum wage job at, well, Burger King probably.